World / 10 killed when small plane crashes on takeoff in Texas 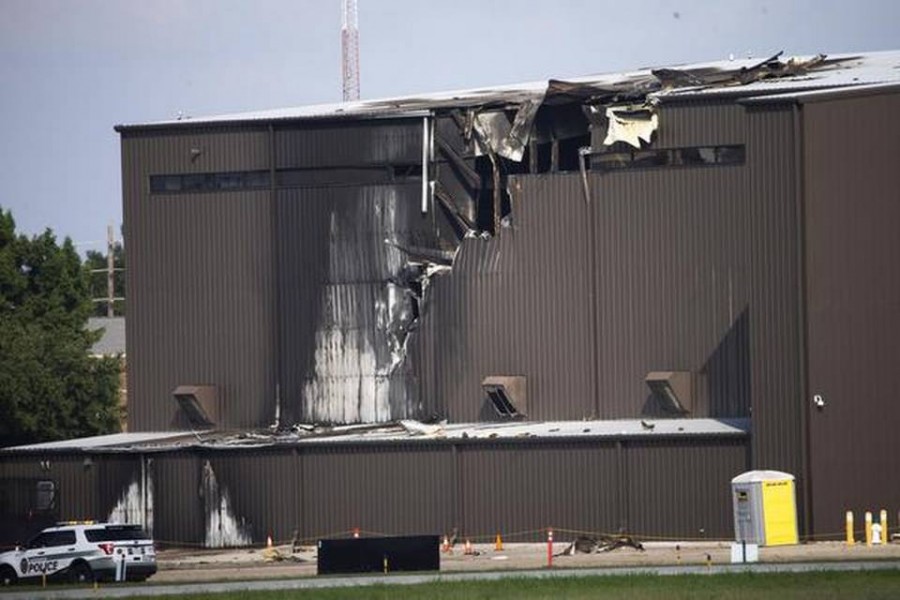 Ten people were killed when a small airplane crashed into a hangar as it was taking off from a Dallas-area airport Sunday morning, a spokeswoman for the town of Addison, Texas, said.

Mary Rosenbleeth said no one aboard the twin-engine plane survived the crash at the Addison Municipal Airport, about 20 miles (32 km) north of Dallas.

The Beechcraft BE-350 King Air hit an unoccupied hangar soon after 9 a.m., according to the Federal Aviation Administration. The agency said that the blaze destroyed the plane. Video showed black smoke billowing from the building and a gaping hole in the hangar.

Officials have not released the identities of the people who died. Rosenbleeth said the Dallas County medical examiner’s office confirmed the fatalities to the town and that authorities are still working to notify the families of the victims.

An official with the medical examiner’s office told they could not release any information on the crash Sunday evening.

The plane crashed during takeoff and the resulting fire was extinguished by early afternoon, said Edward Martelle, a spokesman for the town.

Dallas County was helping the city of Addison set up a family assistance center for people affected by the crash, Dallas County Judge Clay Jenkins said. The center is staffed with chaplains, counselors and other mental health and support workers, he said.

“It’s a horrible, sad, shocking thing to lose a family member like this,” Judge Jenkins told . “So we’re doing whatever we can to comfort them.”

Mr. Martelle said the plane was taking off at the south end of the airport and had just lifted off the runway when it veered left, dropped its left wing and went into the hangar.

FAA and National Transportation Safety Board officials were at the crash site Sunday evening. Martelle said NTSB will be leading the investigation and that they intend to work into the night. NTSB tweeted that it will hold a news briefing about 9-30 p.m. local time.

The plane’s tail number and details from the flight manifest have not yet been released.