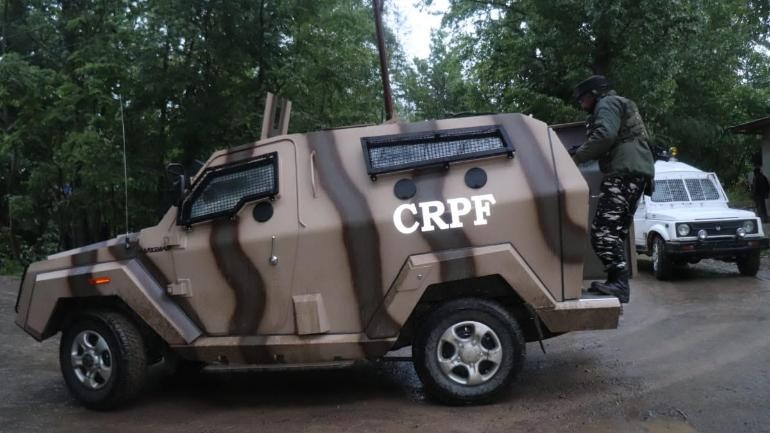 Two militants were killed in an encounter in Panzgam village of Awantipora in south Kashmir's Pulwama district.

The encounter between militants and a joint team of security forces broke out in Awantipora in the wee hours of Saturday.

The encounter broke out between militants and CRPF, 55 Rashtriya Rifles (RR) and Special Operations Group (SOG) in Panzgam at around 2.10 am.

Another militant is believed to be still trapped while bodies of other two have been recovered from the area.

As per sources, one of the militants killed in the encounter has been identified as Showkat Ahmad Dar of the Hizbul Mujahideen.

Another encounter broke out at Dehruna village of South Kashmir's Anantnag district.

A joint team of the Army, including 19 RR and SOG, cordoned off Dehruna area of Anathnag following information about presence of militants in the area, sources told India Today. As the joint team intensified search operation, hiding militants opened fire leading to an encounter.

As per last reports, the encounter was still on.

Two to three militants are believed to be trapped, sources added.

Internet services had been snapped in both Awantipora in Pulwama district and Dehruna in South Kashmir.

Earlier on Thursday, three terrorists were killed in a gun battle with security forces in Pulwama district. One Army jawan and a civilian were also lost in the operation.

The gunfight started in the Dolipora village early on Thursday morning after security forces received a tip-off.