Sports / 2019 Cricket World Cup: Hit-man Rohit Sharma showed he is adept at the waiting game too 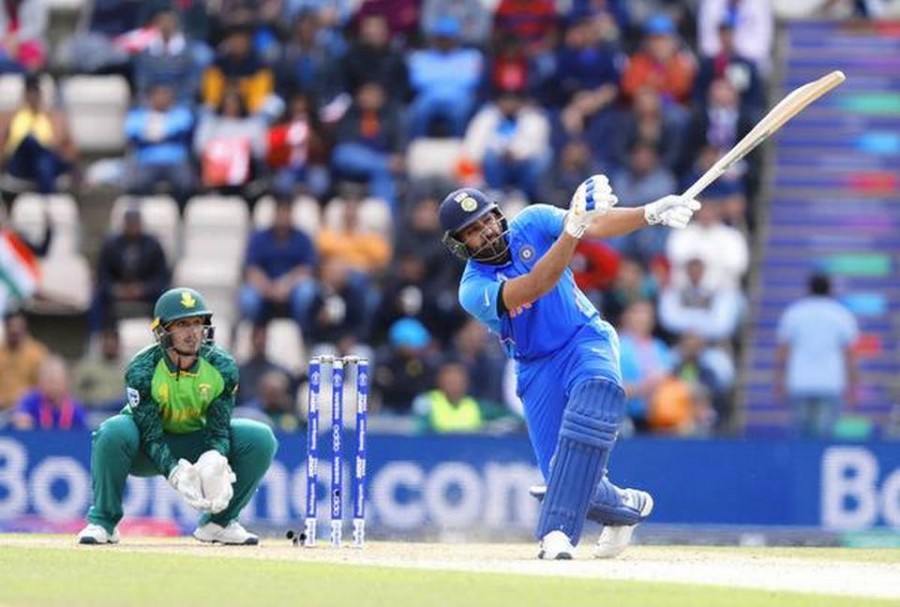 Cast in the blue shade, Rohit Sharma seems a different persona. His luminous talent was never in doubt but the same potential was never fully harnessed in Tests.

But throw him into an ODI, allow a fast bowler to steam in or a spinner to amble down and just watch Rohit transform. There is assurance in his gait and a nonchalance to the way he plays his strokes all over the park. It is no surprise that he has lorded over the format and has even struck three double hundreds!

Dominance is his obvious second skin but, on Wednesday as India buckled down to chase South Africa’s 227 at the Hampshire Bowl in Southampton, the opener revealed that he does possess patience too in abundance.

The pursuit wasn’t easy, the rival fast bowlers were probing around off-stump and Kagiso Rabada and Chris Morris used the bouncer to telling effect. Rohit played and missed a few, tried to hook some and edged but, importantly for India, he stayed at the crease. This wasn’t about being a pretty picture, it was all about lasting the course.

The result was an outstanding 122 spread over 144 deliveries, and studded with 13 fours and two sixes. This seemed more like a Test hundred in the way it was constructed and it turned out to be a match-winning effort during which he shared partnerships ranging from the small to the significantly larger ones with diverse partners like Virat Kohli, K.L. Rahul and M.S. Dhoni.

Rohit kept the scoreboard ticking over, and when the opportunity presented itself, clattered his fours and the odd six.

Though he was watchful, never was he bogged down and that kept the required run-rate under check.

There was game-awareness and fierce focus, and an excited Kohli later termed it as Rohit’s finest ever ODI hundred. “I think in my opinion this is by far his best ODI innings because of the kind of pressure the first game brings from a World Cup point of view.

“And then I know, as a batsman, when you go in and a few balls bounce like that, it’s not easy to gather yourself again and play in a calm manner. A lot of times batsmen tend to hit their way out of the situation. But he was very composed,” Kohli said.

Rohit, who first turned out for India in 2007, is among the squad’s senior professionals and his ton against the Proteas will help India step in with an extra zing in the games ahead. It is a good trend to nurse especially for a batsman who was not picked for the 2011 World Cup squad and had to subsequently fight his way back into the unit.

He is also part of a feared opening combine with Shikhar Dhawan. The latter too needs to click and once this duo prospers in the first PowerPlay, India will have a base to launch into a huge score or commence a fruitful chase.

Importantly, the pressure on Kohli, the batsman, will diminish if the rest of the cast contribute handsomely.

Rohit has made a start and it is time for the others to join the party.

Finally, the hit-man has shown that there is joy too in the forward-defensive shot even in the nerve-jangling arena of ODIs.

Rohit the sixth-gear enforcer is a known entity. But this zen monk-like version of his can also be of equal service when the pitches display some life and the bowlers smell a wicket. India will not complain.