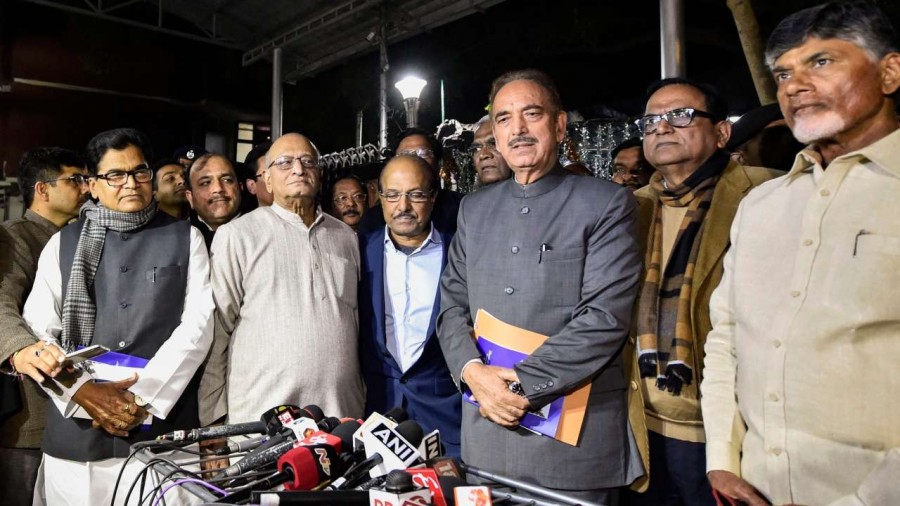 Representatives of 21 opposition parties may meet Election Commission (EC) officials on Tuesday two days before counting begins for the 2019 national polls, to make a host of demands including “tracking” of electronic voting machines (EVMs) and extensive use of voter-verified paper audit trail (VVPAT).

Communist Party of India (Marxist) general secretary Sitaram Yechury, who is mobilising the parties for the meeting along with Andhra Pradesh chief minister N Chandrababu Naidu, said, “The EC is yet to come out with a procedure in case there is a mismatch between the VVPAT and the EVM tally. We want that even for a single mismatch in the VVPAT samples picked for counting and EVMs, all VVPATs in that assembly segment must be counted. This is important to maintain integrity of the electoral process.”

Karnataka chief minister HD Kumaraswamy, Naidu, Yechury, Congress leaders Abhishek Manu Singhvi and Ahmed Patel along with representatives of other parties were expected to be part of the meeting before the results come out on May 23.

“Efforts are also on to include senior leaders from the Samajwadi Party (SP) and the Bahujan Samaj Party (BSP) in our delegation,” said an Opposition strategist. Trinamool Congress will also join the delegation.

Singhvi, who was involved in the plea before the Supreme Court (SC) seeking directions to the EC to compulsorily tally VVPAT count with EVMs during the May 23 counting, said, “The 21 opposition parties, who represent 75% of the electorate, had signed the affidavit in that case. And now, all these parties will go together to the EC on five major issues, signalling our political intent to not give up the fight.”

He maintained that despite the EC’s assurance to the apex court, the poll watchdog has not come out with any guideline or rule on what to do if there is a discrepancy between VVPAT and the EVM counts.

On April 8, the SC told the poll watchdog to match the paper slips of at least five EVMs in all assembly segments of a Lok Sabha seat to ensure higher transparency. This is for the first time that VVPATs were used in all Lok Sabha seats.

Opposition parties have been sceptical about EVMs. They have often said the polling machines can be tampered with, even as the EC has ruled out any such possibilities. The EC even threw a challenge to the political parties to prove their claims.The parties will also demand that the EVM machines should be tracked so that they can be identified with their numbers and location of use. An apprehensive Congress feels it is very important to track the EVMs to better understand the logic of replacement of machines.

“Suppose in one booth the Congress seemed to be ahead of the BJP in the first half but then the machine is suddenly changed and in the new machine we see the BJP getting most of the votes. From our experience we have seen things like this happening. So if there is a dispute, we must know which machine was used in which booth,” said Singhvi.

The opposition leaders would also demand tighter security of the EVMs after counting.

Naidu on Monday again voiced his concern about the alleged manipulation of EVMs, and claimed that political parties were protecting the machines as there were rumours that their data was being changed.

The Telugu Desam Party chief claimed manipulating an EVM was as easy as tapping a phone and reiterated his demand for 50% VVPAT verification.

Meanwhile, the Congress is conducting courses for its counting agents to appraise them of the counting process, especially the VVPATs as the party continues to have sceptical about the EVMs.

In an internal note, accessed by HT, Congress general secretary KC Venugopal has asked state leaderships to deploy only “reliable and trustworthy” people as counting agents. It has also asked them to demand VVPAT counting in case of discrepancies.