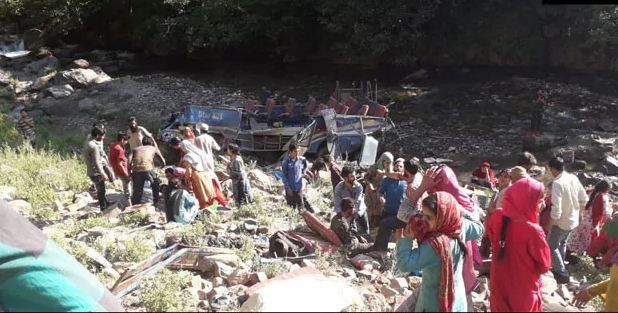 At least 25 people were killed and seven injured when a mini bus fell into a gorge in Jammu and Kashmir's Kishtwar district this morning. Around 45 people were travelling in the bus, which was on its way from Keshwan to Kishtwar, when it veered off the road and fell into the gorge at Sirgwari around 7:30 am, news agency PTI reported.

Bodies of 20 passengers have been recovered so far, Inspector General of Police, Jammu, M K Sinha, told PTI. Rescue operation is going on, he said.

"Saddened to hear about the tragic accident in Kishtwar. Deepest condolences to families of the bereaved," Ms Mufti tweeted.