News / 32 flights diverted from Delhi due to bad weather 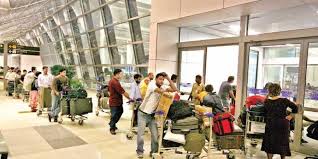 Thirty-two flights were diverted from the Delhi airport on Friday due to bad weather, officials said.

"The flights have been diverted from Delhi to nearby airports, including Lucknow, Jaipur, and Amritsar due to rain and winds," said a Delhi airport official.