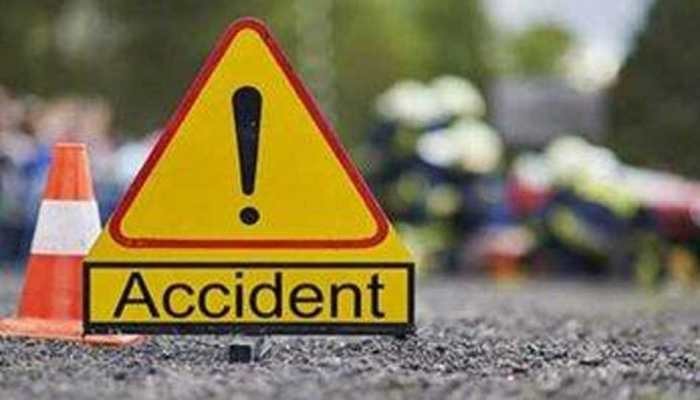 Seven persons, including two women and three children, died and two others were left injured in a car-truck collision at a toll plaza near Gwalior on Saturday morning.

As per sources, the driver of Maruti van lost control over it and rammed into a stationary truck. The vehicle was also hit by a speeding truck from behind.

Out of the nine people seated in the car, seven died on the spot while the rest two were taken to the hospital. Meanwhile, the truck drivers fled from the spot. They were coming from Rajasthan.

The deceased hailed from Dabra, Laxmanpura. Their bodies have been sent for postmortem and an investigation has also been launched.