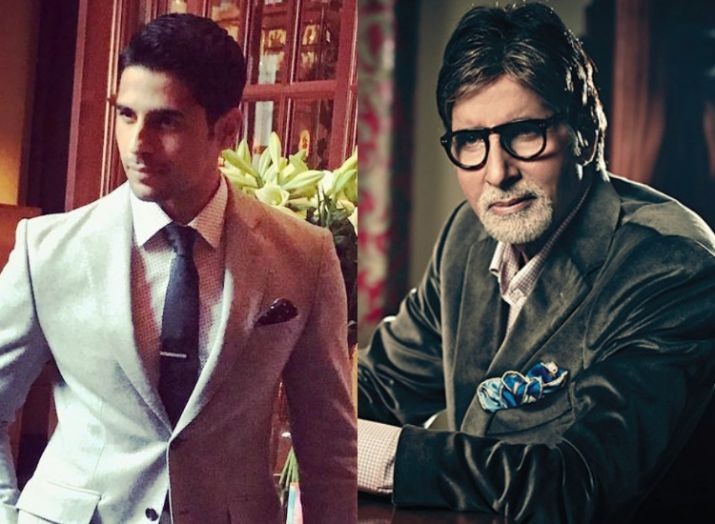 Aneez Bazmi is all set to embark on the journey on his next film Aankhen 2. The film which is a sequel to 2002 hit thriller Aankhen has already been announced earlier with Amitabh Bachchan returning as the primary lead. While it is already said that Saif Ali Khan, Paresh Rawal, Jacqueline Fernandez are almost locked to play the other characters in the film, the makers are in search of one more actor to play a titular role in the film. The latest reports suggest that Sidharth Malhotra might be seen in that role.

Going by the reports in Pinkvilla, the makers are in need of four male actors and one female actor in the film. The source informed Pinkvilla, "It needs three other male actors and a female star. Jacqueline Fernandez, Paresh Rawal and Saif Ali Khan have almost been locked for them. There's another character for which the filmmaker needs a Gen-Y star to step in. The film will have a similar narrative like its predecessor which will keep the viewers on tenterhooks."For the other character, Anees has said to have initiated talks with Sidharth Malhotra. "Sid and Bazmee have had a few meetings and they both wanted to collaborate on a film together. Although there's another comedy that Anees wants Sid to do for him, that's a solo-hero project. But right now, he wants the actor to take up Aankhen 2. It's an important character and Sid has also shown interest. Once he returns after completing his Shershaah schedule, he will sit for a narration and take a final call on the same."

On the professional front, Anees Bazmee is currently busy shooting his next film Pagalpanti starring John Abraham, Anil Kapoor, Ileana D'Cruz and others. However, John has hurt himself while shooting for the film which is why the shoot has been postponed for 10 days. On the other hand, Sidharth Mlahotra has just finished filming for Jabariya Jodi alongside Parineeti Chopra. He is now training for his next film Vikram Batra biopic and MarJaavaan.