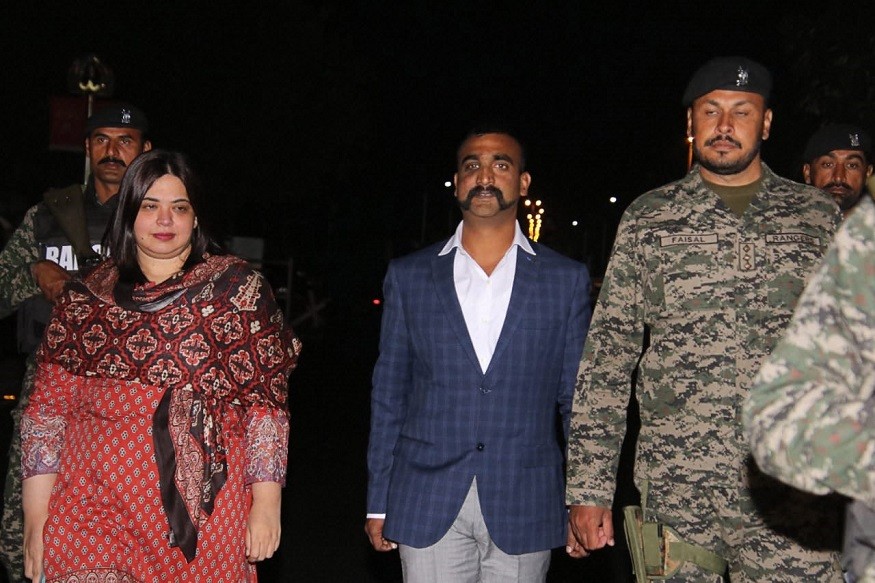 The Wing Commander was handed over to India by Pakistan at the Attari-Wagah border after being in captivity for nearly 60 hours. Abhinandan Varthaman landed in Delhi late on Friday and spent the night at the Central Medical Establishment, where he underwent tests. Wing Commander also briefly met his family, who had flown to Delhi from Chennai to welcome him. Next he will undergo a debriefing as part of the protocol.

A group of people had given Varthaman a rousing welcome at the Palam airport, from where he was taken to a medical facility for examination.

He was handed over to India at 9.10 pm at the Wagah checkpost and was accompanied by Pakistani rangers and the Indian air attache posted in the High Commission in Islamabad. He was wearing a civilian clothes - a dark jacket and khakhi trousers, walking proudly toward the gates that separated his captors' country from his homeland.

Reading out a brief statement, Air Vice Marshal R G K Kapoor, assistant chief of Air Staff, told a posse of reporters that the pilot will be taken for a detailed medical examination as he was subjected to lot of stress during his nearly three-day captivity.

"He will be taken for a detailed medical checkup. The officer has had to eject from a plane which would have put his body under immense strain," said Kapoor.