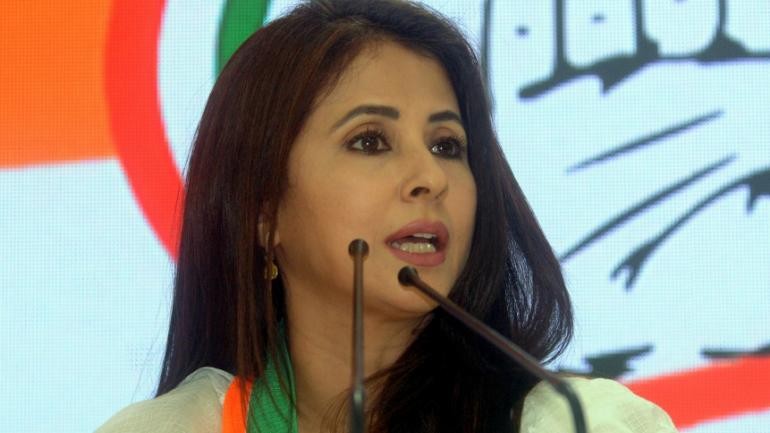 The Congress on Friday, 29 March, announced that it would field actor Urmila Matondkar from Mumbai North Lok Sabha constituency, two days after she joined the party.

Matondkar had joined the Congress after meeting Rahul Gandhi on Wednesday, 27 March, and had later said that she was "here to stay".

"The Congress central election committee has approved the candidature of Urmila Matondkar as party candidate to contest the ensuing general elections from Mumbai North parliamentary constituency in Maharashtra," a party statement said.

Matondkar will be fighting against BJP’s Gopal Shetty.

After joining the party, Matondkar had said she felt the need to join the Congress party as the freedom to express was under attack in the country, and that there were numerous examples in this regard over the last five years.

She had said the Congress party has participated in the freedom struggle and it stood for freedom.

Matondkar on Thursday, 28 March, slammed the Narendra Modi government, saying there has been a “rise of hatred and extreme intolerance over the last five years.”

“Under the current regime, there has been a rise of hatred and extreme intolerance towards everything and everyone in the last five years. It has grown by leaps and bounds. People should get back the power to make decisions. People should not be questioned about their patriotism, what they should eat and what their religious views should be. What is happening now is unacceptable,” Matondkar told News18.

Matondkar said that if all the money the BJP was spending on trolling was put into ‘vikas’ (progress), then there would be development.