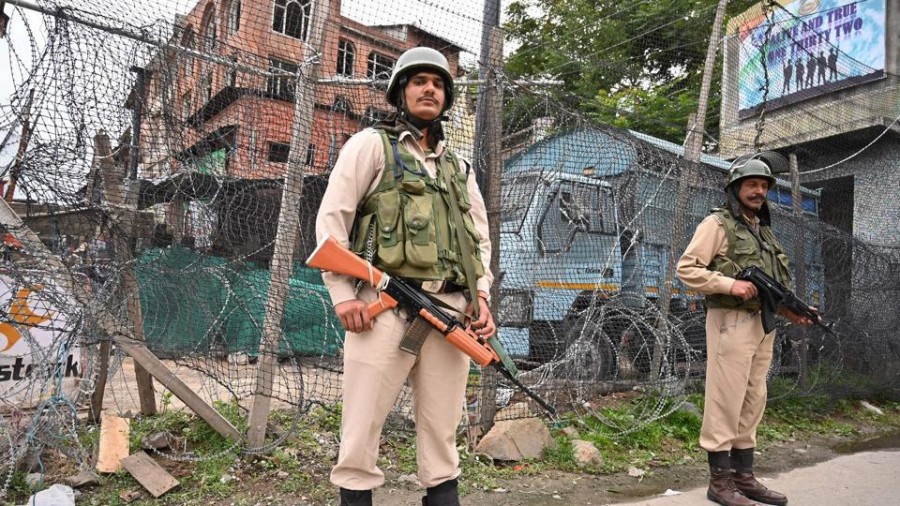 The terror attack on a Central Reserve Police Force (CRPF) contingent that killed five security personnel in Anantnag on June 12 appeared to have been carried out by Pakistan-based Jaish-e-Mohammed, people aware of the investigations said on Thursday, adding that the deployment process of the force could undergo a major change to bolster the security apparatus in Jammu & Kashmir.

Motorcycle-borne militants gunned down five CRPF troopers on one of the busiest roads in south Kashmir’s Anantnag on Wednesday in the first major terrorist strike since the killing of 40 soldiers by a suicide bomber in Pulwama on February 14.

Another official of the home ministry said the CRPF soldiers killed in the daylight attack were an “easy target” for a terrorist strike. “CRPF soldiers were positioned in the open… this may change,” the official said, asking not to be named. “They can be placed inside a police station or a fortified area and called in when required,” he added, indicating a new approach to how to the force will be used.

In Jammu & Kashmir, the CRPF is involved in counterterror operations and assists in road-opening operations.

The force also assists the local administration in maintaining law and order in the militancy-hit region.

Keeping CRPF troopers away from the public eye, especially when deployed to assist the local police, will likely decrease their vulnerability to such attacks. “At the same time, since they are positioned nearby, they can respond when required,” the second home ministry official said. The director general of CRPF, Rajeev Rai Bhatnagar, briefed Union home secretary Rajiv Gauba about the first major strike on security forces since the Pulwama suicide attack, which occurred on a highway roughly 35km from the spot where Wednesday’s firing took place. The two officials also discussed the upcoming Amarnath Yatra. This is not the first time the government has considered changing the standard operating procedure in the recent past after a terror strike. Following the Pulwama attack, which led to an escalation in tensions between India and Pakistan and pushed the two countries to the brink of war, the Centre had allowed airlifting of soldiers, changing the manner in which soldiers were transported to the Valley.

Jammu & Kashmir governor Satya Pal Malik said on Thursday that the Anantnag incident was “fidayeen attack” that was carried out at the behest of Pakistan. “Pakistan ordered the fidayeen attack [suicide attack]. Whenever there is peace in the Valley, Pakistan tries to disrupt it by resorting to such attacks,” he said.

Five CRPF troopers, including two assistant sub-inspectors and a militant, were killed in the suicide attack on KP Road in Anantnag. A civilian and three security men, including a station house officer, were injured in the attack.

While the police said on Wednesday that two motorcycle-borne militants drove down KP Road and opened fire at CRPF personnel at 4.50pm, eyewitnesses told investigators on Thursday that only one terrorist carried out the attack. “The body of the terrorist has not been claimed, indicating the terrorist is a foreign terrorist,” a senior J&K government official said, asking not to be named.

One of the five soldiers killed in the attack shot dead the terrorist before losing his life, preliminary evidence collected by investigators has suggested.

In the first six months of this year, security forces killed 111 militants, including some top commanders of terror outfits in different parts of Kashmir. Many of the militants were killed in south Kashmir.