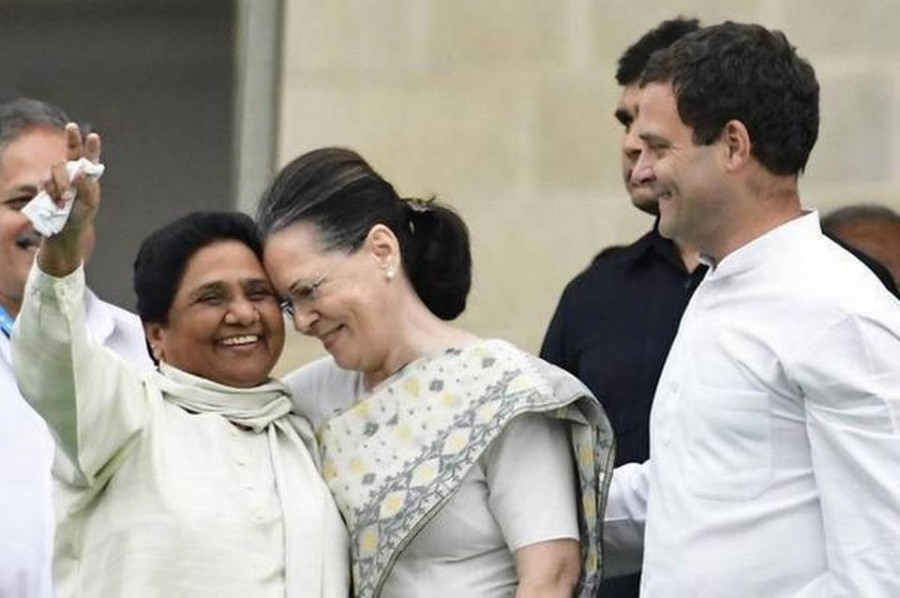 Notwithstanding the exit polls results that have given a clear victory to the BJP-led National Democratic Alliance (NDA), all eyes are on a possible meeting between Bahujan Samaj Party (BSP) chief Mayawati and former Congress president Sonia Gandhi on Monday.

Though there is no official confirmation about a Mayawati-Sonia Gandhi meeting, sources confirmed to The Hindu about the BSP chief’s plan to fly down to Delhi.

If the meeting does take place today, it would signal a thaw between the Congress and BSP as the party had kept away from all the recent meetings convened by the Congress, including the ones that were meant to oppose Prime Minister Narendra Modi-led government’s policies.

Mr Naidu has been playing the role of a facilitator to bring all non-NDA Opposition parties together and form a coalition if the need arises in case of a hung verdict.

After having one round of meeting with Congress president Rahul Gandhi and Nationalist Congress Party (NCP) chief Sharad Pawar on Friday, he visited Lucknow.

On Sunday, Mr Naidu once again met Mr Gandhi, Mr Pawar and called on Sonia Gandhi to discuss about his deliberations with Ms Mayawati and Mr Yadav.

However, with exits polls giving a clear verdict to the BJP and Mr. Modi’s leadership, Opposition leaders may change their plans and prefer to wait for the final results to be out on May 23.