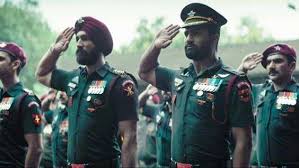 After Uri: The Surgical Strike, which did immensely well at the box office, be prepared for another war drama. According to reports, an upcoming production by Bhushan Kumar, Atul Kasbekar, and Swati Iyer Chawla will recreate and portray the attack of Indian Navy on Karachi. The film will be based on Operation Trident of 1971.

The film is tentatively titled Navy Day and will be going on floors by mid-2020.During the Indo-Pakistan war of 1971, Operation Trident was an attack planned and executed by the Indian Navy on the Karachi Harbour. The attack took place on the night of 4 and 5 December. As a celebration of the efforts of the Indian Navy, 4 December every year is recognised as the official Navy Day - a day to reflect on and celebrate the achievements of the Indian Navy.

Operation Trident was followed-up by Operation Python on the nights of 8-9 December, 1971.

Razneesh is an ad filmmaker. The script of the film will be ready by August-September after conducting extensive research and interviews with those who were involved in the planning and execution of the operation.

The film will be shot in Mumbai and Delhi. However, its action sequences are likely to be shot in international locations.

In the recent past, many mainstream Bollywood films have been focused on the role of the Indian army. Films like Uri: The Surgical Strike and The Ghazi Attack, recreate these historic battles on screen.