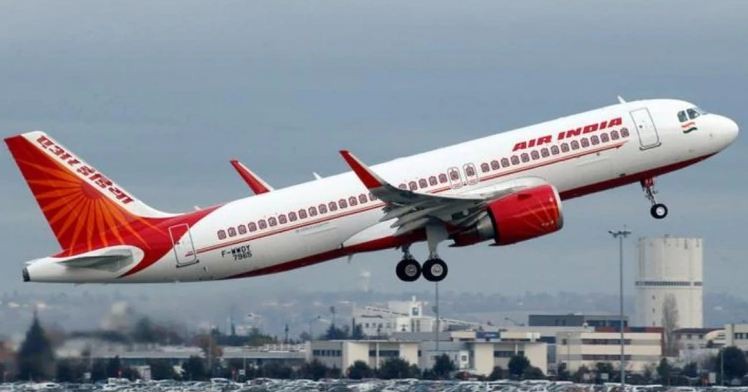 An Air India flight that was all over the news recently because of a bomb scare, which forced the flight to make an emergency landing at London Stansted Airport, is going viral once again.

And the reason is not what you expected.

The flight was diverted mid air over Northern Ireland after the authorities got to know that an explosive had been stowed away in the luggage onboard the flight.

Well, according to reports, the Air India flight 191, from Mumbai to Newark, after it made a precautionary landing, realised that most of the check-in luggage had been left behind at the Mumbai airport.

Why? Because the flight was overbooked.

This is the one time probably, when, not having their luggage onboard the flight; the passengers would have felt actually relieved.

According to reports, the registered baggage and cargo, which were supposed to be loaded on Air India, were checked following the threat and were found safe.

After the news went viral, Twitter exploded with the most reactions to the mix up. One user, @orsoraggiante wrote, "Air India responds to terrorists who emailed with threat of bomb in luggage that they had left all the bags behind. Indian counter-terrorism has no answer."

Twitter user @dpanjana wrote, "Email says bomb stowed in bag that's in the cargo of an Air India flight, RAF scrambles to action, high drama with the flight being diverted to Stansted. Where's the bag? In Mumbai since most of the check-in luggage had been left behind."

Another user wrote, "Air India gets a bomb threat. Email says bomb in bags. It took a hard right turn. All hell broke loose. But here comes the funniest part, Air India left most of the check-in luggage behind Mumbai since the flight was overbooked."

And Twitter user @neobluepanther’s reaction hit us right in the feels, "How the best laid plans can go awry!"

The flight had left Mumbai early on Thursday morning and was flying to the Newark Liberty International Airport in New Jersey, US.

In the e-mail that threatened the blast, the sender of the mail had claimed "For Air India flight, a nitrogen-free powerful explosive device has been placed in the flights baggage, which will explode in the air. These flights will suffer a plane crash."

Apart from the AI Mumbai to Newark flights, Lufthansa’s Mumbai-Munich and Mumbai-Zurich flights were also part of the hoax.

However, the flights had landed by the time the hoax mail had been seen.