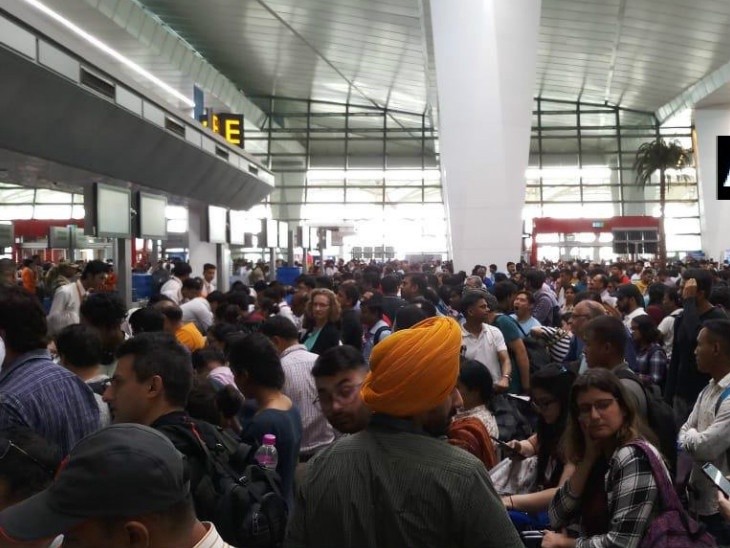 NEW DELHI: As Air India's passenger service system (PSS) software shut down for six hours Saturday, the airline said a total of 155 flights will be delayed for an average duration of two hours till 8.30 pm.

Thousands of passengers had a harrowing time Saturday morning at airports across the world as the airline's PSS software, which looks after check-in, baggage and reservation, did not function from 3.30 am to 8.45 am due to a technical glitch.

SITA regretted the inconvenience caused said it had experienced a complex system issue during server maintenance early morning which resulted in operational disruption to flights.

"The system has been restored. It has begun functioning. We regret the inconvenience that passengers had to face," said the national carrier's chairman and managing director Ashwani Lohani. he said he expects normalisation of operations by Saturday night.

Many passengers vented their ire on social media as the airline could not issue them the boarding passes on Saturday morning.

A Dr Sonal Saxena tweeted at 7.20 am, "Utter chaos. Air India systems not working at Delhi since 3 am. All flights grounded and delayed. No check-ins and boarding."

A similar incident took place on June 23 last year when a technical glitch in the airline's check-in software delayed 25 of its flights across India.

The average number of flights that Air India group, which also includes subsidiaries Alliance Air and Air India Express, flies daily are around 674.