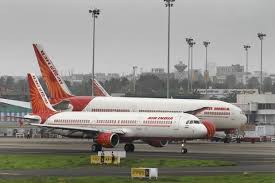 However, the airline will continue to operate direct flights from Mumbai to Newark.

An AI spokesperson said the Mumbai-New York flight, operated thrice a week, was temporarily suspended in February owing to the Pakistan airspace closure and was expected to resume in June.

“However, we won’t be resuming the services. The flight has been discontinued owing to poor load factor or low seat occupancy,” the spokesperson said.

The official said AI has not included the flight in their winter schedule, which usually commences from third week of October up to second week of March in the next year.

Other AI flight operations to the US from Delhi have been witnessing up to 80% seat occupancy.

The national carrier had planned to commence the direct flight from Mumbai to New York, thrice a week, from October 2018.

However, it had to delay the operations to December owing to fleet crunch.

Meanwhile, the flying time of US-bound flights from Delhi has seen an increase by three hours as they are being re-routed via Mumbai or Ahmedabad. This has led to heavy losses for the airline, said AI officers.

Air India has 16 Boeing B777-ER planes, of which four were grounded because of unavailability of spare parts in October. However, according to AI chairman and managing director (CMD), Ashwani Lohani, all the planes are operational now.

In October, AI had re- launched its other direct Mumbai-Frankfurt flight, which was suspended in 2010.