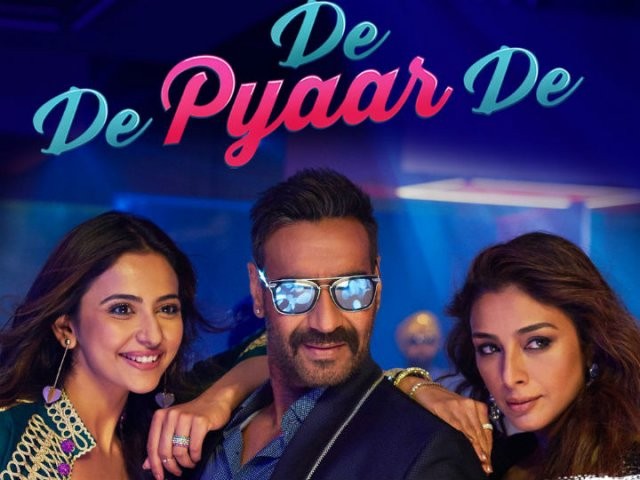 Fans of Ajay Devgn have a reason to rejoice, as the makers of 'De De Pyaar De' have advanced the release of the film.Film critic and trade analyst Taran Adarsh on Tuesday announced that makers of the Ajay Devgn-starrer have decided to hold paid previews on Thursday (May 16).

Apart from Ajay, the film stars Rakul Preet Singh, Tabu, Alok Nath, Javed Jaaferi and Jimmy Shergill in key roles.Helmed by Akiv Ali, the film revolves around 50-year-old Ashish (played by Ajay), a divorcee who falls for 26-year-old Ayesha, the character played by Rakul. In the film, Tabu plays Ajay's ex-wife.The story sheds light on the backlash Ajay faces for falling in love with a girl the age of his kids, and the complexities that come with it.The poster of the film, which was unveiled on March 22, caught the attention of viewers because of Ajay's iconic leg split.Ajay will next be seen in 'Bhuj: The Pride of India' as Squadron Leader Vijay Karnik, who was in charge of the Bhuj airbase during the 1971 Bangladesh Liberation War. The film also features Sanjay Dutt, Sonakshi Sinha, and Parineeti Chopra.
See More