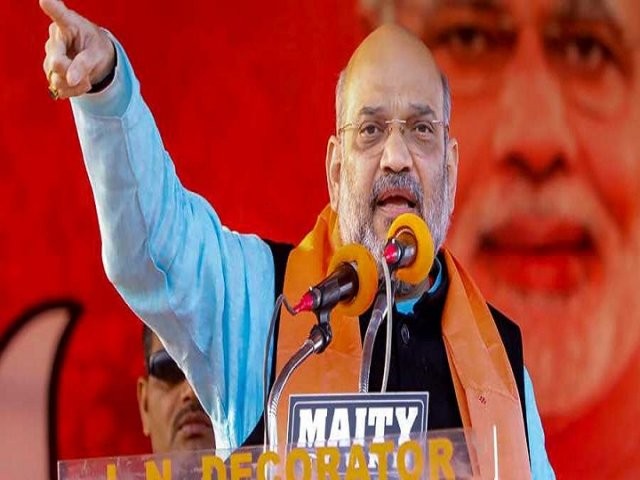 As per reports, the roadshow will last for three kilometers. Shah will hold a roadshow from Amethi’s Ramlila Maidan to Devi Patan temple at 2 pm. BJP candidate Smriti Irani is contesting against Congress President Rahul Gandhi from Amethi.

Roadshow to begin at 2pm:

In a press release, Bharatiya Janta Party said that the roadshow will begin from Ramlila Maidan at 2pm on Saturday. Ahead of this, Shah will address a Vijay Sankalp rally in Fatehpur, campaigning for party candidate Sadhvi Niranjan Jyoti

Not just Shah, even sister Priyanka Gandhi Vadra, who is also Congress’ General Secretary, is set to seek votes for Congress President Rahul Gandhi in Amethi.

The voting for Lok Sabha elections in Amethi is set to take place on May 6. Today is the last for campaigning for the same.

The counting of votes will take place on May 23.