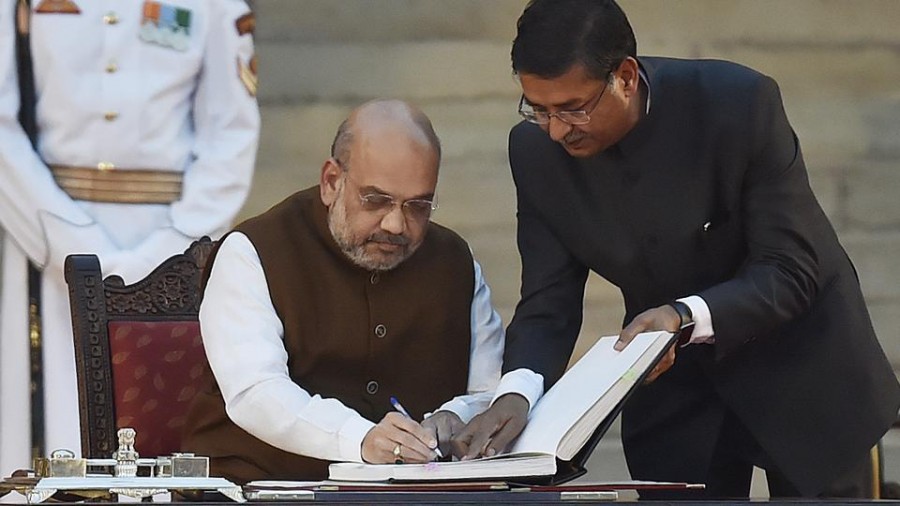 He may have been third in line in seniority in the Cabinet after the Prime Minister and Rajnath Singh. But 55-year-old Amit Shah is set to be the second-most powerful person in Narendra Modi’s council of ministers. There is also buzz that he may also handle the responsibilities of party president at least for some time, although there is no official word on this.

While many said that Amit Shah joining the government as a cabinet minister was inevitable when he fought and won the Gandhinagar Lok Sabha seat which was previously held by former home minister LK Advani, senior leaders said on condition of anonymity that Shah was reluctant to join government immediately. According to at least two leaders that Hindustan Times spoke to, Shah wanted to complete his tenure as BJP President which runs till the end of the year and ensure the party’s success in assembly elections coming up later this year in key states, Haryana and Maharashtra.

However, in the run-up to government formation, Prime Minister Modi had lengthy discussions with Shah, one of them turning into a four-hour marathon. Hindustan Times learns that it was during one of these that Modi managed to convince Shah to join the government immediately. He is slotted to get a top portfolio, perhaps even finance.

With Amit Shah moving to the government, the post of party president gets vacant. Outgoing health minister JP Nadda who is member of the parliamentary board of the party and a member of Rajya Sabha seemed to be the favourite to take over when he was not included in the PM’s cabinet.

However, a party general secretary said on condition of anonymity that Shah could well hear two hats for some time.The party otherwise has a strict “one man, one post’’ policy.’’

The five years that Shah has served as BJP president have been quite eventful and account for a 75 page slide-show on the party’s official website. The highlights of his tenure include winning nine of the 16 assembly elections the BJP fought under his leadership. Out of the seven the BJP lost, they improved their tally in four states including West Bengal. In the latest Lok Sabha elections the party went from just 2 MPs to a staggering 18 of the total 42 in the eastern state.

However, the crowning glory of his electoral success continues to be Uttar Pradesh. In the polls, which took place a year after demonetisation in 2017, BJP was able to increase its vote share by 15% to get 325 out of 403 seats. In the latest Lok Sabha elections, despite facing a combined opposition with arithmetic on its side, the BJP won 62 seats in the state, just 9 less than the 71 it did in 2014.