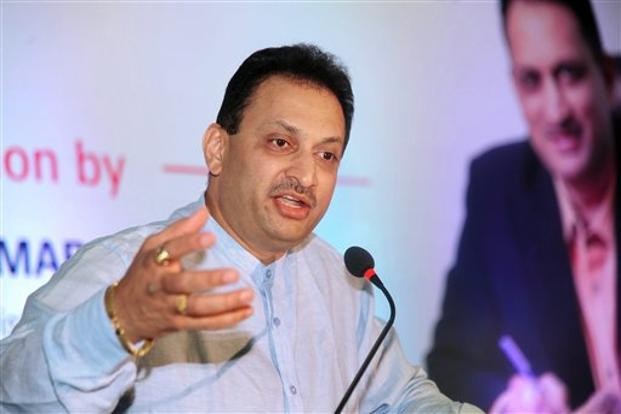 Union Minister Anantkumar Hegde on Friday stoked a controversy by calling Congress President Rahul Gandhi a moron for his tweet that ‘Modilies’ is a new word in the English dictionary.

Further, amid reports of his controversial remarks on Twitter about Nathuram Godse, Mr. Hegde claimed his account was “hacked.”

He, however, added there was no question of justifying Mahatma Gandhi’s killing.

“My Twitter account has been breached twice in the past one week and certain tweets have been posted on my timeline which has been discarded and deleted. Regret the posts attributed to me.”

In a tweet, Mr. Kumar, the Minister of State for Skill Development and Entrepreneurship said, “This moron @RahulGandhi is hell bent on proving himself that he is one of his own kind of international idiotic skill master and hence the horizons have extended beyond the boundaries. No one can prevent his growth...Amazing...!!!!”

Mr. Gandhi tweeted on Wednesday that there was a new word in the English dictionary and even attached a snapshot of a photoshopped page.

“There’s a new word in the English Dictionary. Attached is a snapshot of the entry :) ‘Modilie’ is a new word that’s become popular worldwide. Now there’s even a website that catalogues the best Modilies!” he tweeted.

The snapshot shows that ‘Modilies’ means to constantly modify the truth, to lie incessantly and habitually and to lie without respite.

The snapshot also showed how to use this word in sentences.

A rebuttal came from the Twitter handle of Oxford Dictionaries. It said the snapshot was fake and no such words exist in any of the Oxford dictionaries.