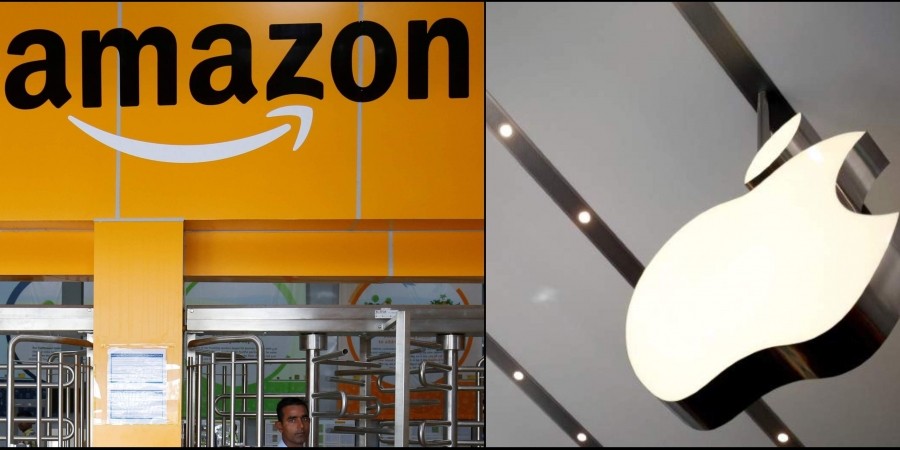 As the U.S.-China trade war triggers the biggest rethink of supply chains in a generation, the world’s fastest-growing major economy with hundreds of millions of young and cheap workers should be atop the list of potential beneficiaries. And yet India isn’t getting such love, with foreign direct investment actually declining over recent months.

That’s a riddle partly explained by pre-election caution as investors move to the sidelines while Prime Minister Narendra Modi’s ruling Bharatiya Janata Party squares off against the opposition Indian National Congress. But the other explanation lies in the recent past, with local opposition and politically-inspired protectionism getting in the way of investments.

In February, e-commerce firms like Amazon.com and Walmart Inc.-owned Flipkart were slapped with proposed new rules that would raise their costs as Modi sought to protect the nation’s millions of mom and pop stores. That same month, it was announced that a proposed $44 billion oil refinery backed by Saudi Arabia would be relocated after farmers opposed the project and refused to hand over land (a new location has yet to be named).

So while there are successes -- such as Foxconn Technology Group’s recent announcement of plans to mass-manufacture Apple Inc.’s latest handsets in India -- tales of frustrated plans and bureaucratic bottlenecks are holding India back from a China-1990s-style boom.

“India definitely needs to attract investments in manufacturing and other sectors," said Vivek Wadhwa, distinguished fellow and professor at Carnegie Mellon University’s College of Engineering at Silicon Valley. “There are huge opportunities for it, with western companies having second thoughts about their Chinese operations. If India could provide an alternative, it would have a great advantage.”

Girija Pande, the Singapore-based chairman of Apex Avalon Consulting Pte. and a former chief executive officer of Tata Consultancy Services Ltd, says India needs to boost its investment to gross domestic product ratio to 40% from 30% if it has to achieve double-digit growth. “We have seen China and the East Asian economies grow at such fast rates of growth with that kind of investments levels," he said.

For now though, that’s a long way off. FDI fell 7% to $33.5 billion in the nine months to December from a year earlier.

Policy makers in India do realize the need to step up the pace of FDI and have pushed through reforms to try to attract it. State taxes have been overhauled with a more consistent -- though still overly complex -- goods and services levy now in place. Modi has also backed a ‘Make in India’ initiative to boost manufacturing to 25% of the economy by 2020, though local-content rules in that plan sometimes backfire by raising production costs.

And progress has been made. India jumped 23 spots to 77 in the World Bank’s ease of doing business rankings in 2019. Nevertheless, archaic labor laws that make firing employees tough, cumbersome land acquisition rules, foreign-exchange controls and lethargic bureaucracy are a deterrent to investors: evident from India’s financial capital Mumbai being ranked below Bangladesh in the ease of starting a new business.

More FDI, which tends to be sticky unlike speculative capital flows into stocks and bonds, is key to accelerating the nation’s growth rate to more than 8% and creating jobs for the millions entering the workforce every year. It would also help India narrow its current-account deficit, making it less vulnerable to global financial market volatility.

“It isn’t much of a stretch to think that even a partial loosening of restrictions in large sectors -- such as banking, or multi-brand retail -- could be enough to lift FDI inflows to over 2% of GDP from around 1.5% currently,” said Shilan Shah, a Singapore-based India economist with Capital Economics (Asia) Pte. That would be enough to fund the current- account gap.

A recent UBS Evidence Lab survey across Taiwan, Japan and South Korea showed a potential for relocation of production facilities amid the U.S.-China trade war. Outside of North Asia, the survey highlighted Vietnam as the biggest winner in Asia, followed by India. Companies making consumer electronics, textiles, clothing, healthcare equipment and heavy machinery were seen as more likely to move to India, the survey showed.

A new government, which should be in place soon after the election results on May 23, may hold out hope, said Tarun Bhatia, head of South Asia and MD, Kroll Inc., who advises foreign investors. He expects more FDI to flow into the manufacturing sector in the next 3 to 5 years as China slows. But, no matter who wins, they’ll need to overcome protectionist tendencies and keep chipping away at bureaucracy to really turbocharge inflows.

“There are a lot of people waiting in the wings until there is clarity on elections,” said Uday Kotak, Asia richest banker and chief executive officer at Kotak Mahindra Bank Ltd. “India will continue to be an attractive destination for foreign capital.”