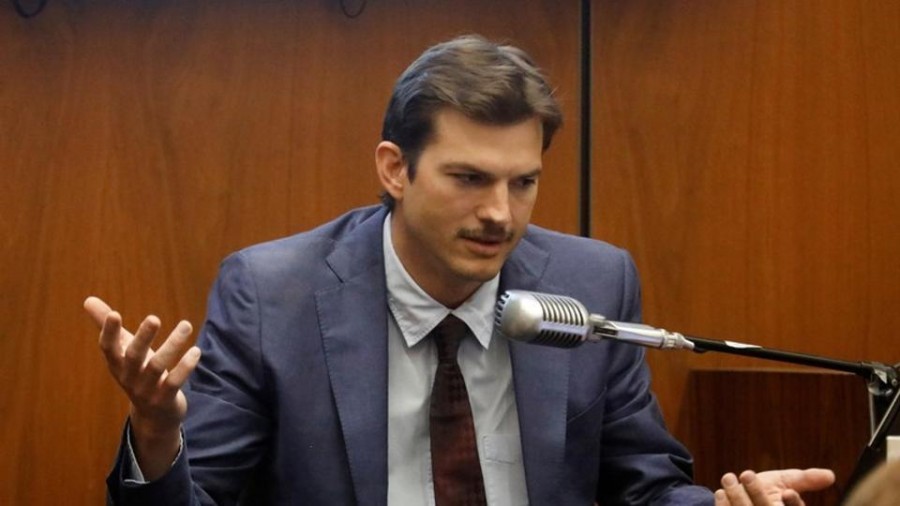 Hollywood star Ashton Kutcher was “freaking out” after learning that a female friend had been murdered at her Los Angeles house hours after he had stopped by her home, he shared during a court trial.

The Butterfly Effect star took the witness stand at Los Angeles County Superior Court on Wednesday to give evidence in the trial of alleged serial killer Michael Gargiulo, reports aceshowbiz.com. Gargiulo stands accused of murdering two women, Ashley Ellerin and Maria Bruno, as well as the attempted murder of Michelle Murphy in the Los Angeles area between 2001 and 2008.

Ellerin had been getting ready to join Kutcher at a Grammy Awards afterparty back in February 2001, when Gargiulo, nicknamed the Hollywood Ripper, allegedly gained access to the 22-year-old’s property and stabbed her 47 times.

During his testimony, Kutcher recalled meeting Ellerin through a friend and explained that he had attended a housewarming party at her home a few weeks before her death. He described her as “an acquaintance”, but admitted he had a romantic interest in her, and had invited Ellerin to be his date for a post-Grammys event.

Kutcher remembered speaking to the fashion student around 90 minutes before they were due to meet up, and when she failed to show up, he left a voicemail on her phone and returned home to walk his dog. He then decided to check on Ellerin and paid a visit to her apartment, where he noticed the lights had been left on, even though there was no answer when he knocked on the front door.

Kutcher, who is now married to actress Mila Kunis, told the jury he also tried the door handle but found it locked, before peering through a side window, where he spotted what appeared to be red wine spilled on the floor, reports aceshowbiz.com. “It was not alarming to me,” the actor explained, because her housewarming bash had been rather wild. It was only the next day when he learnt that Ellerin had been murdered that Kutcher began panicking and contacted the police. I remember the next day after I heard about what happened and I went to the detectives and said, ‘My fingerprints were on the door,’ and I was freaking out,” Kutcher said, according to Courthouse News.

Gargiulo, who was only arrested in 2008, has pleaded not guilty to the charges. He is also facing murder charges in Illinois for the alleged killing of his former neighbour, 18-year-old Tricia Pacaccio.