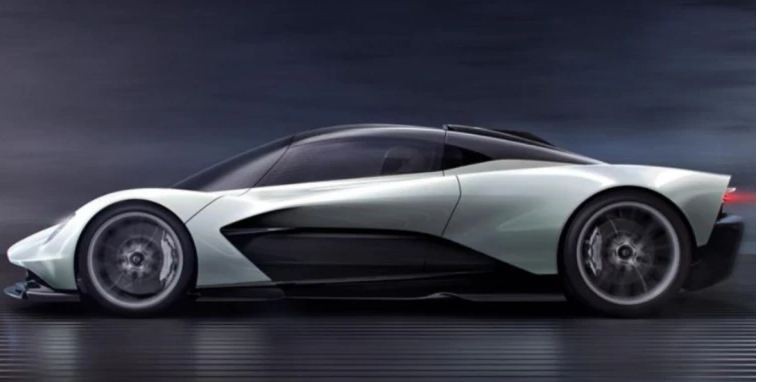 For all those crazy Aston Martin fans, there is a piece of fascinating news and that too with a James Bond twist. The upcoming movie in the popular franchise, tentatively titled Bond 25, will feature not one, not two but three cars from the stable of the iconic luxury British sports carmaker.

The news has been confirmed by Aston Martin, with the three vehicles being Valhalla, V8 and DB5. While V8 and DB5 have earlier featured in James Bond films, mid-engined hypercar Valhalla will be seen in a 007 movie for the first time.

Aston Martin Valhalla will come with high-output turbocharged V6 petrol engine and battery-electric hybrid system, according to the company. Only 500 Coupe examples of the all-carbon fibre hypercar will be made.

Valhalla shares its fundamental styling and aerodynamic philosophy with Aston Martin Valkyrie. It gets a pronounced front keel and large rear diffuser. It will feature the next-generation aircraft morphing technology.

Identified by its codename AM-RB 003 earlier, it was only last week that the mid-engined hypercar was named Valhalla. The name takes inspiration from the ancient Norse mythology and takes forward the company's seven-decade-old 'V' car naming strategy.

The new James Bond film, which is slated to release on April 8, 2020, will see Daniel Craig return as the world's most famous spy. Craig will reprise the iconic role for the fifth and final time. He has earlier played Bond in Casino Royale (2006), Quantum of Solace (2008), Skyfall (2012) and Spectre (2015).