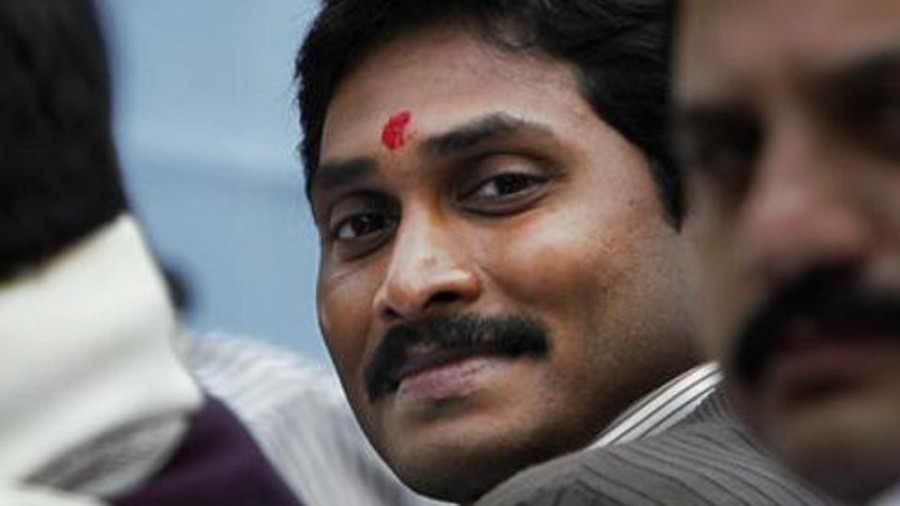 The stage is set for swearing-in of Y.S. Jagan Mohan Reddy as the new Chief Minister of Andhra Pradesh on Thursday.

Elaborate arrangements have been made at the Indira Gandhi Municipal Stadium in Vijayawada, where Governor E.S.L. Narasimhan will administer oath of office and secrecy to Jagan Reddy at 12.23 p.m.

Narasimhan, who is the Governor of both Andhra Pradesh and Telangana, reached Vijayawada on Wednesday. Jagan Reddy called on him at a hotel and informed him of the arrangements made for the swearing-in.

Jagan Reddy, who led his YSR Congress Party (YSRCP) to power with a landslide victory, alone will take oath at the public ceremony.

Jagan, as the 46-year-old is popularly known, is expected to constitute the cabinet on June 7.

After taking oath as the Chief Minister, Jagan is likely to address the gathering and make some key announcements about ‘Navaratnalu’ or the nine key welfare schemes promised by him during the poll campaign.

Telugu Desam Party (TDP) chief N. Chandrababu Naidu has turned down Jagan’s invite. He decided to send a delegation of party leaders to Jagan’s residence with a congratulatory message.

Authorities have made elaborate arrangements for the event at the stadium, which has a capacity of 30,000 people.

On the eve of taking oath as the second Chief Minister of the new state of Andhra Pradesh, Jagan on Wednesday visited various places of worship and also visited the grave of his father and late Chief Minister Y.S. Rajasekhara Reddy.

Jagan also paid obeisance at the grave of his father in home town of Idupulapaya in Kadapa disrtrict. He along with family members participated in prayers at the CSI church.

On his return to Vijayawada, Jagan offered prayers at famous Indrakeeladri temple.

The YSRCP stormed to power in the state last Thursday, bagging 151 seats in 175-member Assembly.