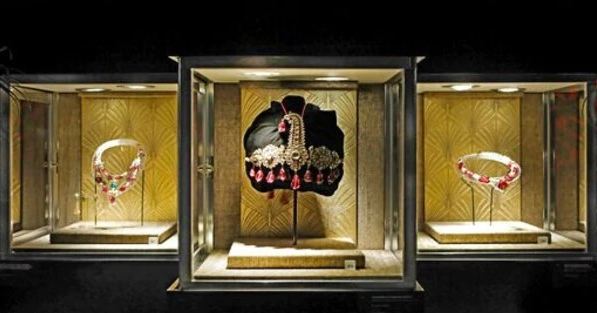 An auction of royal Indian jewellery at Christie’s here has raked in almost $109 million, with a jade-hilted dagger of Mughal emperor Shah Jahan, a ceremonial sword of the Nizams of Hyderabad and a bejewelled medieval huqqa setting world records.

These objects, among a total of 400, went under the hammer at the “Maharajas and Mughal Magnificence” auction here on Wednesday.

It established “the highest total for any auction of Indian art and Mughal objects, and the second highest auction total for a private jewellery collection”, Christie’s said in a statement.

The objects on sale were from the Al Thani Collection of the Qatari royal family.