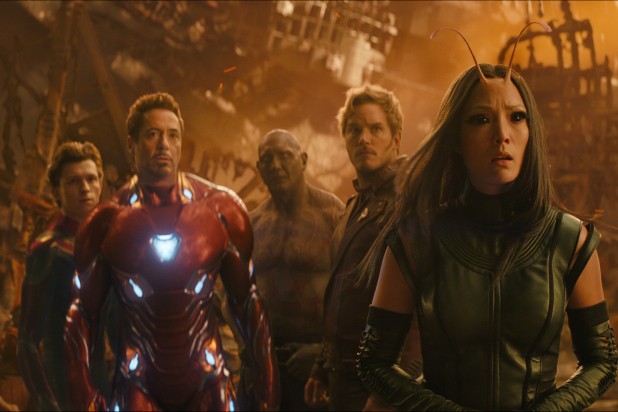 A new clip from Marvel’s upcoming Avengers: Endgame premiered during the Super Bowl in US. This is only the second footage from the movie, and moves away slightly from the bleak tone of the trailer that was released in December last year.

This Avengers: Endgame clip moves away slightly from the bleak tone of the trailer that was released in December last year.That's not to say the fact that Thanos killed off half of the universe isn't sad, but the heroes now actually look like people of action.

That’s not to say the fact that Thanos killed off half of the universe isn’t sad, but the Avengers now actually look like people of action. Every superhero that is still alive after the Mad Titan’s purge is actually doing something instead of either morosely waiting for death or coming to terms with the enormity of Thanos’ crime.

The 30-second clip begins with the Marvel Studios logo disappearing like the now-dead half of the universe. Then there are shots of New York City, looking like a super-big graveyard, which is only half wrong. It is like HBO’s The Leftovers, only in that show only 2% of people disappeared.

A text on a poster reads, “Where do we go, now that they’re gone?” Then we see Steve Rogers, looking determined. Oh, and Tony Stark and Nebula appear. They seem to be working hard on something. A contraption, perhaps, that would get them to earth? So, no, it does not look like Captain Marvel will be saving Tony. He and Nebula might do that themselves.

We see Steve Rogers, Natasha Romanoff, Bruce Banner, James Rhodes walking and looking at something high above in the air. Rocket also appears. Ant-Man and Rhodes are shown suiting up. The God of Thunder himself, Thor Odinson appears with his weapon Stormbreaker. Finally, we see Clint Barton, who will likely go with the identity of Ronin, and not of Hawkeye.

“Some people move on. But not us. Not us,” says Steve Rogers in the clip. Indeed, this might be the first MCU movie in which the Avengers will actually prove true to their name and avenge the deaths of their comrades.