The Indian Express : Mar 15, 2019, 10:03 AM
The fairly long and exciting trailer for Avengers: Endgame has lots of clues as to the plot of the movie, though the specifics are still not clear, blessedly. This is a lot to discuss and speculate, though. Avengers: Endgame releases on April 25. Marvel has released the second and presumably the final full trailer for the mega superhero epic Avengers: Endgame, we may see a conclusion to their arc in Marvel Universe. 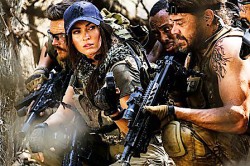