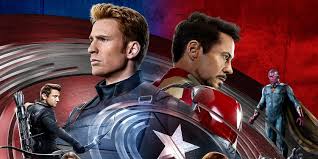 Three weeks ahead of the release of the final showdown between Thanos and Avengers, the makers have dropped in a fresh trailer leaving Marvel fans excited than ever. Because Iron Man has finally found a way to return to earth. The one-minute trailer shows a reunion between Iron Man and Captain America, a first full look of Thanos and more importantly, the preparation for the final battle.

This April 26, brace yourself for the most epic battle in the Marvel Cinematic Universe.

Sadly, Avengers: Endgame will be the last film for Gwyneth Paltrow, who plays Pepper Potts. In a recent interview to Variety, Paltrow said she has grown too old to wear the suits’. "I mean, I’m a bit old to be in a suit and all that at this point... I feel very lucky that I did it, because I actually got talked into it. I was friend with Jon Favreau(Iron Man director). It was such a wonderful experience making the first Iron Man and then to watch how important it has become to fans," she said.

However, she added that she will always be up for playing a cameo in the film, whenever needed. "I feel honored to be a part of something that people are so passionate about, she said. Of course, if they said, 'Can you come back for a day?' I will always be there if they need me."