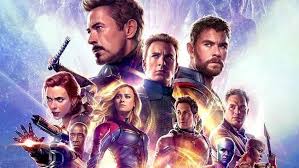 The conclusion to the Infinity saga, Avengers: Endgame has crossed the 2.5 billion dollar mark at the global box office. The film is just a few steps away from becoming the highest grossing movie of all time, a position held by James Cameron’s Avatar. The sci-fi drama completed its theatrical run with a total collection of 2.78 billion dollars.

According to Box Office Mojo, the Russo Brothers directorial has minted 2.503 billion dollars at the worldwide box office.

Avengers: Endgame has crossed several milestones. Apart from leaving behind 1997 release Titanic, in India, it has become the first Hollywood film to have crossed the Rs 350 crore mark. The Marvel superhero extravaganza surpassed Rs 300 crore mark within ten days of its release.

In her review of Avengers: Endgame, The Indian Express film critic Shalini Langer wrote, “Having laboured over setting up the final battle in Avengers: Infinity War, directors Anthony and Joe Russo get their act together to give a proper, emotional, funny and, yes, even spectacular, send-off to a cast of characters we have come to know (and, mostly love) over 22 films and 10 years.”

She added, “It also ultimately gives us a great villain in Thanos — brilliantly performed in motion-capture by Josh Brolin. A villain convinced not just of the motivations of his own villainy but also that it may just be a set piece in the larger endgame of the universe — in his words, a man like him, believing in and triggering the cycle of extinction and renewal, for continuum, is ‘inevitable’.”