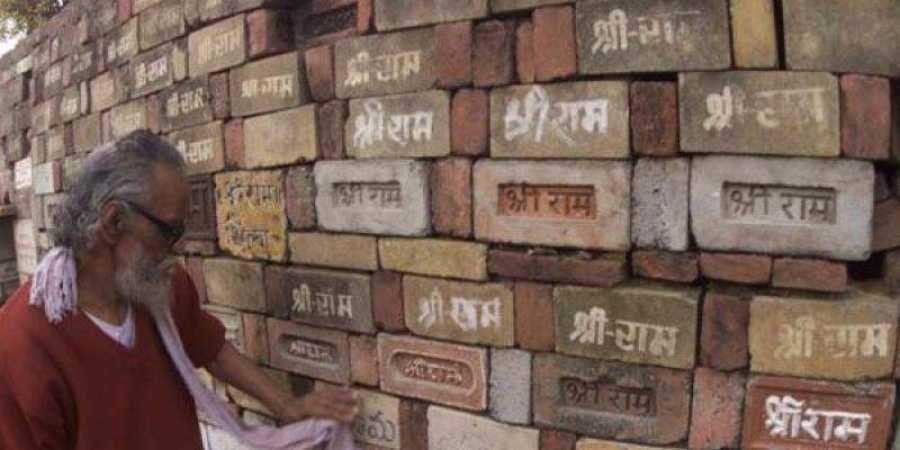 The Supreme Court is scheduled to hear on Friday the issues relating to the decades-old, politically sensitive, Ayodhya's Ram Janmabhoomi-Babri Masjid land dispute case which was referred to mediation for exploring the possibility of an amicable settlement. The matter will come up for the first time on Friday since March 8 order of the top court which had referred the case for mediation to a panel headed by former apex court judge F M I Kalifulla.

A notice was put up on the apex court website which said that the matter will be heard by a five-judge Constitution bench comprising Chief justice Ranjan Gogoi and Justices S A Bobde, D Y Chandrachud, Ashok Bhushan and S Abdul Nazeer.

Spiritual guru and founder of Art of Living foundation Sri Sri Ravishankar and senior advocate Sriram Panchu, a renowned mediator, are the other two members of the panel of mediators.

The panel was asked by the apex court to hold in-camera proceedings and complete them within eight weeks.

The Constitution bench had said that it does not find any "legal impediment" to make a reference to mediation for a possible settlement of the dispute.

READ HERE | Ayodhya dispute: All you need to know about the three mediators

The bench was told earlier by Hindu bodies, except for Nirmohi Akhara, and Uttar Pradesh government that they oppose the court's suggestion for mediation. The Muslim bodies supported the proposal.

While opposing the suggestion of mediation, Hindu bodies had argued that earlier attempts of reaching a compromise have failed and provisions of Civil Procedure Code (CPC) require public notice to be issued before the start of process.

The top court had directed that the mediation proceedings should be conducted with "utmost confidentiality" for ensuring its success and the views expressed by any of the parties including the mediatorsshould be kept confidential and not be revealed to any other person.

However, it had refrained from passing any specific restraining order at this stage and instead empowered the mediators to pass necessary orders in writing, if so required, to restrain publication of the details of the mediation proceedings.

The top court had fixed the seat for mediation process in Faizabad of Uttar Pradesh, around 7 km from Ayodhya, and said that the adequate arrangements including the venue of the mediation, place of stay of the mediators, their security, travel should be forthwith arranged by the state government so that proceedings could commence immediately.

Fourteen appeals have been filed in the apex court against the 2010 Allahabad High Court judgment, delivered in four civil suits, that the 2.77-acre land in Ayodhya be partitioned equally among the three parties -- the Sunni Waqf Board, the Nirmohi Akhara and Ram Lalla.

On December 6, 1992, the Babri Masjid, constructed at the disputed site in the 16th century by Shia Muslim Mir Baqi, was demolished.