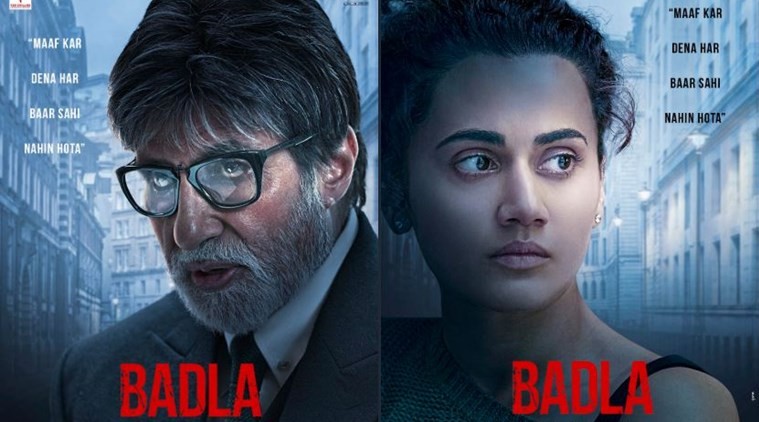 The first posters from Sujoy Ghosh's Badla, starring Amitabh Bachchan and Taapsee Pannu, are out, and they have us intrigued. Badla, an official remake of 2017 Spanish thriller Contratiempo, will release on March 8. The poster depicts a bespectacled Amitabh looking intently with a cityscape in the background. The colour scheme of the poster is blue.

The second poster has Taapsee with a similar look, and the poster has the same colour tone.

The tagline of the film reads, “Maaf kar dena har baar sahi nahi hota.” (It is not right to forgive every time). The film is said to be a murder mystery and an official remake of 2017 Spanish thriller Contratiempo. Amitabh Bachchan and Taapsee Pannu have also shared screen space in Pink.