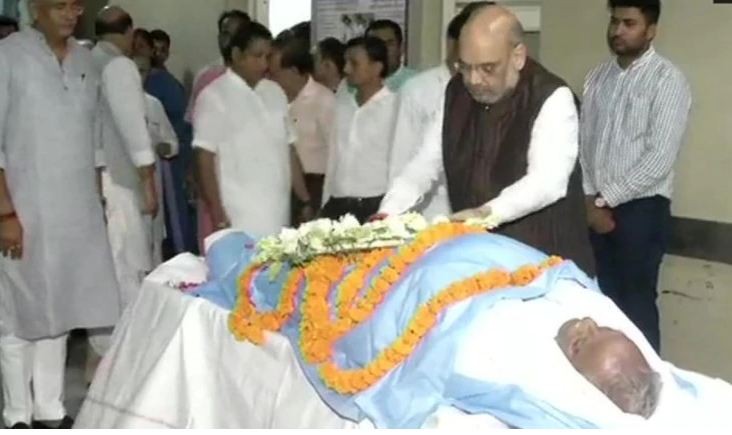 The BJP on Tuesday cancelled its parliamentary party meeting on Tuesday due to the death of party Rajya Sabha MP Madan Lal Saini.

The meeting, which was scheduled at 9.30am on Tuesday, was the first meeting of all BJP MPs alone after 2019 polls.

BJP's Rajasthan chief and Rajya Sabha MP Madan Lal Saini died due to a lung infection on Monday. Saini was flown to Delhi for treatment in AIIMS.

"He was later shifted to the ICU after his condition deteriorated. He passed away today around 7.09 pm," a source at AIIMS said.

Rajasthan Chief Minister Ashok Gehlot extended his support to Madan Lal's family saying, "My thoughts and prayers are with his family members. May God give them the strength to bear this loss. May his soul rest in peace."

"Shocked and saddened to hear about the passing away of Sh. Madan Lal Saini ji, President of BJP #Rajasthan," Ashok Gehlot tweeted.