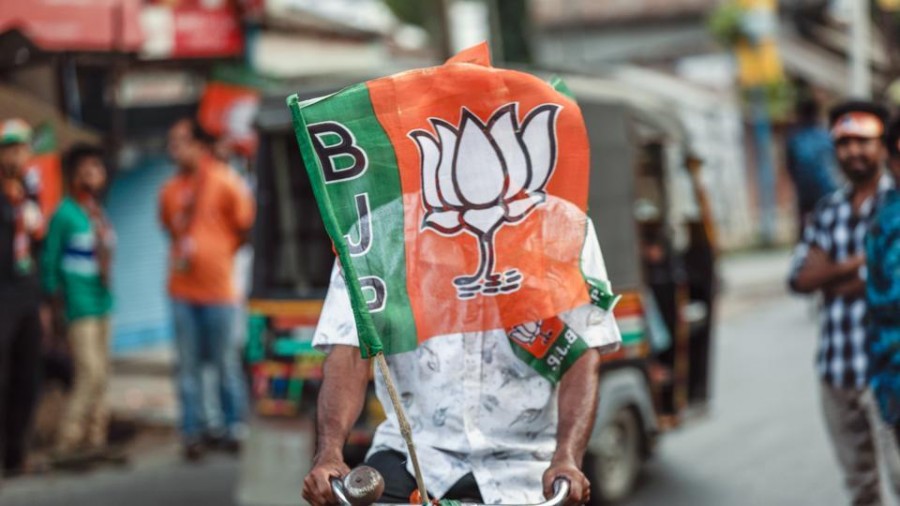 Amid the BJP’s high-decibel battle for the Lok Sabha elections in Bengal, the party is hopeful of increasing its tally in the assembly from three in a house of 294 seats, thanks to bypolls in eight seats.

Of the eight seats, polling has already been held in two (Uluberia East and Krishnaganj on April 29 and May 6), while the rest six (Darjeeling, Islampur, Habibpur, Bhatpara, Kandi, Nawda) would go for polls on Sunday along with the last phase of Lok Sabha elections.

“We are confident of winning four of the eight seats. This will have a limited impact on the number of our legislators, but the political impact in the state would be enough to make about 60 MLAs switch over to our party,” said BJP Bengal unit president Dilip Ghosh.

The current strength of three MLAs  in the legislature is the highest that the BJP has ever had in Bengal. Ruling Trinamool Congress (TMC) won 211 of 294 seats in the 2016 Assembly polls.

Of these eight seats, TMC won four in the 2016 assembly elections, while the Congress won two, the Communist Party of India (Marxist) and Gorkha Janmukti Morcha (GJM) secured one each.

“Elections in these six seats will not only be a litmus test for the turncoats but, being held immediately after the Lok Sabha elections there, will also indicate trends for the state assembly elections scheduled in 2021,” said political analyst Amal Mukhopadhyay, former principal of Presidency College.

Trinamool Congress (TMC) won four of these six seats in 2016 assembly elections, while the Congress won two, the Communist Party of India (Marxist) won one and the BJP’s ally Gorkha Janmukti Morcha (GJM) won one.

All these six seats fell vacant since the incumbents contested the Lok Sabha elections with tickets from other parties.

In Darjeeling, the fight is between the pro-TMC faction of the hills’ most powerful outfit, Gorkha Janmukti Morcha (GJM) and the BJP. GJM’s pro-TMC faction’s leader Binoy Tamang is contesting as an independent. Tamang is also the caretaker head of the Gorkhaland Territorial Administration, the semi-autonomous body that runs the affairs in the hills.

The BJP’s candidate in Darjeeling Neeraj Zimba Tamang is the spokesperson of the hill-based Gorkha National Liberation Front (GNLF) and is supported by the pro-BJP faction of GJM that is led by fugitive leader Bimal Gurung.

“The results of Darjeeling Assembly election will have a direct impact on who will have sway in the hills, the BJP or the pro-TMC faction of the GJM,” Islam said.

BJP is particularly hopeful of winning Habibpur, Bhatpara and Islampur, while expecting that GJM’s Bimal Gurung faction will manage to secure Darjeeling.

BJP swept the 2018 panchayat elections in Habibpur in Malda district.

“We are winning all eight seats,” said transport minister Suvendu Adhikari, an influential leader of ruling TMC. The next assembly elections are scheduled in 2021.