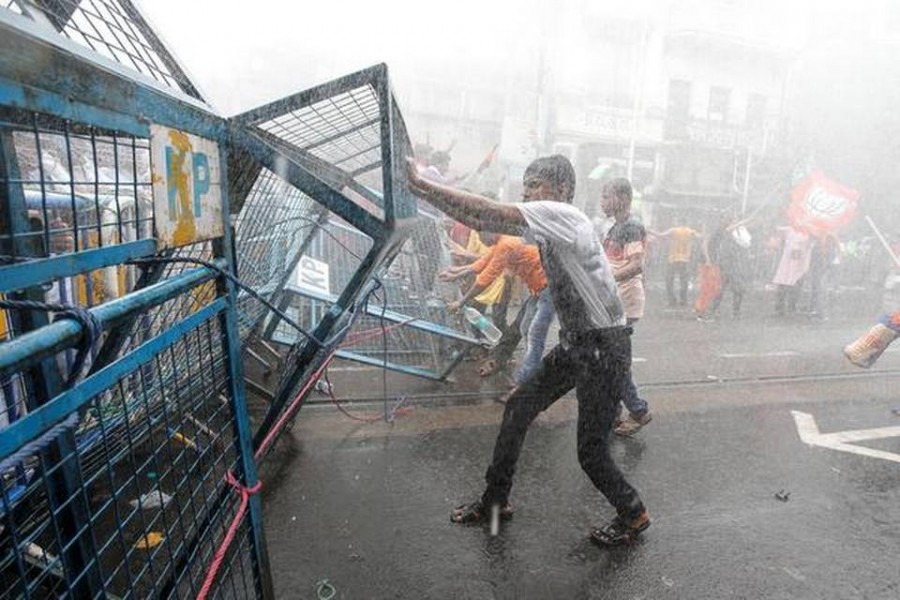 Two general secretaries of the West Bengal unit of the BJP, Raju Banerjee and Sayantan Basu, said on Monday that Uttar Pradesh [U.P.] type “encounter killing will be initiated in Bengal” to control miscreants.

Talking about the Trinamool Congress’ [TMC] local leaders — who had taken a percentage to deliver government services — Mr. Banerjee said at a public rally in Bankura the BJP would ask the police to encounter those who “would not change”.

“It would be like Uttar Pradesh. They [TMC leaders] will have to beg …‘I will not extort money, [I] will not engage in hooliganism, please do not kill me.’ If they do not change we will ask police to take action [and] if need be to encounter them,” said Mr. Banerjee, also a party spokesperson who regularly appears on television.

In another programme in Basirhat in the North 24 Paraganas, Mr. Basu too advocated encounter killings. He said miscreants would not be “given a chance”.

“Nobody would be given a chance. If anyone runs away — like they are running away to take shelter in Bangladesh — then they will be encountered. Either they will be arrested or U.P. model will be applied; encounter killing will be initiated.” Mr. Basu was the BJP’s candidate in the Basirhat seat.

In the continuing spate of violence since the results were declared many had died on both sides and it was expected that such statements would instigate violence. However, the BJP had not issued any statement condemning them while a TMC leader described them as “empty noise.”