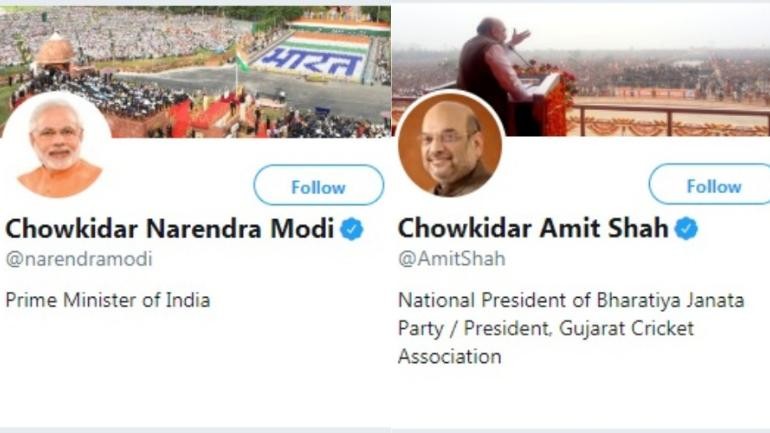 'Chowkidar' was the top trending word in India for the last two days. Chowkidar, which means watchman, has become sort of trend for the Modi supporters on Twitter. Lok Sabha elections, the simmering political heat wave has ignited social media. To add fuel to the fire, the 'Chowkidar' controversy has done rest of the job. Prime Minister Narendra Modi had posted a tweet where he asked every Indian to be a 'Chowkidar'.

On Saturday, Prime Minister Narendra Modi had posted a tweet where he asked every Indian to be a 'Chowkidar' against corruption, social evils, and dirt. A day later, he added the 'Chowkidar' prefix to his name. Soon after, the BJP leaders and supporters also added the prefix to their names and tweeted using the hashtag #ChowkidarPhirSe.

PM Modi had portrayed himself as the 'Chowkidar' of the country when he was elected to power in 2014. The Congress party has since been trolling him. The party also accused the prime minister of being involved in the irregularities in the Rafale deal.

Congress president Rahul Gandhi had been repeatedly using the term 'Chowkidar Chor Hai' (watchman is the thief) in most of his campaign rallies and speeches.

The BJP in order to reiterate that 'Chowkidar chor nahi, pure hai', led the Twitter campaign.