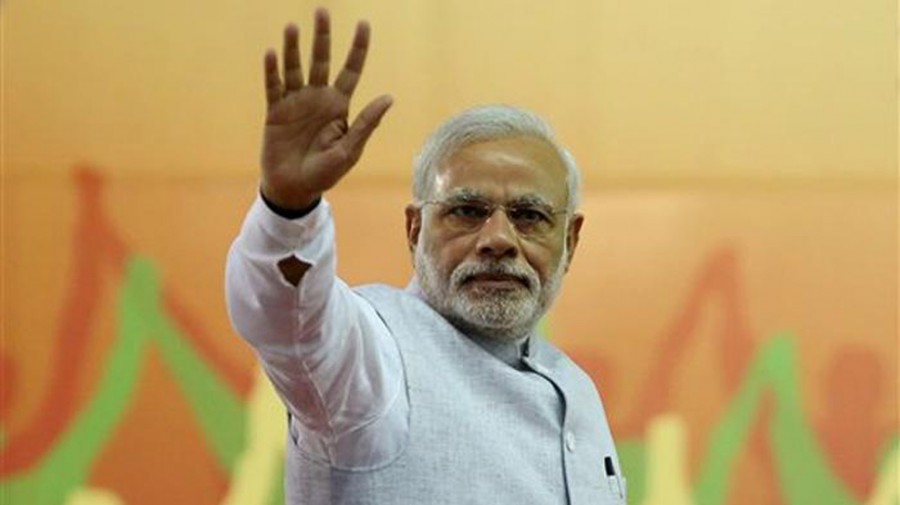 The Bharatiya Janata Party (BJP) will on Thursday give a final push to election campaigning in West Bengal. Prime Minister Narendra Modi is scheduled to hold two rallies in Mathurapur and Dum Dum.

PM Modi will reach Mathurapur at around 4.30 pm and his meeting in Dum Dum is scheduled for 6.10 pm.

The election campaign in West Bengal ends on Thursday night, a day before its scheduled deadline in the wake of violence between BJP and Trinamool Congress workers in Kolkata.

TMC and BJP supporters had clashed in Kolkata after Amit Shah's roadshow on Tuesday. Acts of violence and arson had been witnessed with both parties blaming each other for it. A statue of Bengali writer and philosopher Ishwarchandra Vidyasagar was also vandalised during the violence.In first such action in India's electoral history, the Election Commission on Wednesday ordered campaigning in nine West Bengal constituencies to end at 10 pm on Thursday.

"This would be the first time when EC has invoked Article 324 in this manner but it may not be the last in cases of repetition of lawlessness and violence which vitiate the conduct of polls in a peaceful and orderly manner," Deputy Election Commissioner Chandra Bhushan Kumar said.

The aforementioned nine constituencies vote on May 19 in the last and final phase of Lok Sabha election 2019.

Some major TMC leaders are in the fray. Party veterans CM Jatua and Sougata Roy are seeking re-election from Mathurapur and Dum Dum, respectively. The two Lok Sabha constituencies where PM Modi will campaign today.