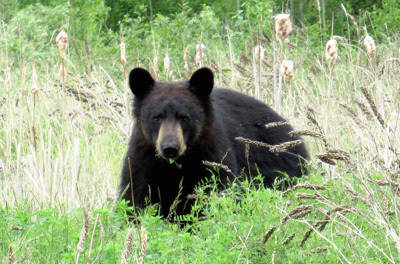 A sub-adult wild black bear was beaten to death by locals in Zungalpora village in South Kashmir's Shopian district on Tuesday.

The dramatic footage has appeared on the social media showing a bear being beaten by a crowd of men with sticks and spears.

The video saw a lot of yelling and screaming by the locals that gathered in huge numbers to capture the poor animal.

When the crowd was not able to get hold of the bear, the mob used sticks and spears to pin it to the ground and beat it to death. A man was also seen grabbing a huge stick and cruelly launching it down at the animal.

However, it is not known whether the locals came with the intention to kill the wild animal or were trying to shoo it away. If we go by the footage, they seemed ready with their weapons from the very beginning.

According to primary information, the police have arrested one person in this regard.