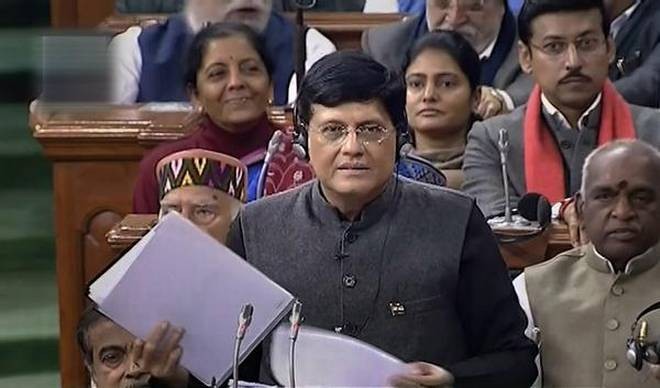 The interim Budget contains several proposals aimed at reducing the tax burden on the salaried class and home owners, increasing the tax rebate limit and amount for small taxpayers and exempting certain forms of rental income from tax. Benefit extends to ₹6.5 lakh if Section 80C investments are made full use of; 3 crore assesses expected to benefit.

Finance Minister Piyush Goyal proposed amending Section 87A of the Income Tax Act to increase the rebate for taxpayers at the lower end of the spectrum.

Currently, the Section provides for a rebate of ₹2,500 for all taxpayers with an income of less than ₹3.5 lakh a year. So, a taxpayer earning ₹5 lakh a year effectively paid tax (at 5%) on only ₹2 lakh of that amount.

“Because of major tax reforms undertaken by us during the last four-and-half years, both tax collections as well as the tax base have shown significant increase, achieving a moderate taxation-high compliance regime,” Mr. Goyal said. “It is, therefore, just and fair that some benefits from the tax reforms must also be passed on to the middle class taxpayers.”

In this Budget, Mr. Goyal proposed raising the rebate amount to ₹12,500 and increasing the limit to ₹5 lakh a year.

This does not take into account the exemption of ₹1.5 lakh available to taxpayers under Section 80C of the Income Tax Act.

In a move designed to provide tax relief to those who prefer to save rather than invest, the Budget also contained a provision to increase the Tax Deduction at Source (TDS) threshold on interest earned on bank or post office deposits to ₹40,000 from the current ₹10,000.