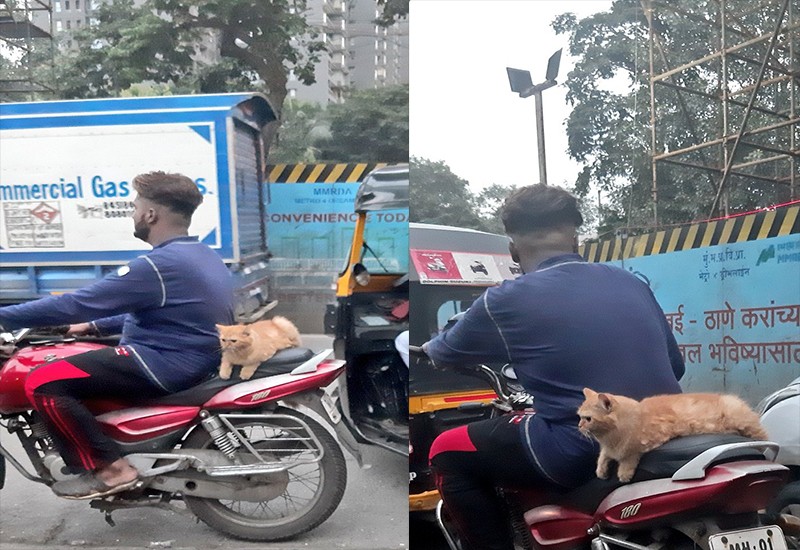 A cat is the latest topic of twitter chatter and for a very unusual - and somewhat intriguing - reason. The feline in question was seen riding pillion on a bike with absolute ease.

The four-legged creature captured people’s attention when pictures of its bike ride were shared on Twitter by a user of the micro blogging site.

This is so dope man I wish I could trust my cat as much. pic.twitter.com/gufOKl2whj

“This is so dope man I wish I could trust my cat as much,” wrote the Twitter user and shared the images.

It’s not known who clicked the picture or when. However, Mumbai Metropolitan Region Development Authority’s logo is visible on the background indicating that picture may have been clicked somewhere in Mumbai.

Since being shared on November 27, the post has gathered close to 2,400 likes - and the numbers are increasing. Alongside, it has also garnered about 360 retweets.

People flooded the post with all sorts of comments. While some expressed their surprise, others shared their pets doing similar things.

Earlier in October, a video of a dog on bike went crazy viral. It shows a dog driving a bike with two people riding pillion.

What do you think of the cool cat?