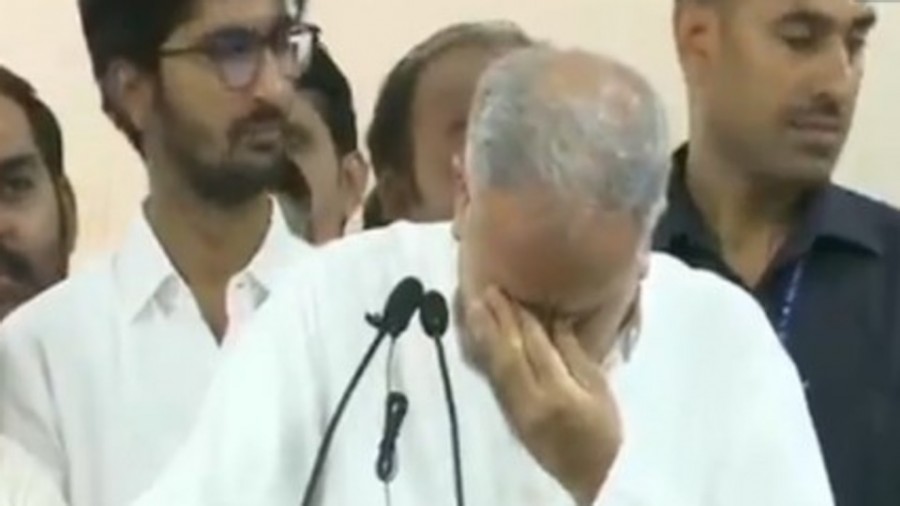 New Delhi: Chhattisgarh Chief Minister Bhupesh Baghel teared up while addressing party workers at the official event of handing over the charge as chief of Congress‘ Chhattisgarh unit to Mohan Markam.

Speaking in Raipur on June 29, Baghel, the outgoing chief of the state party unit, couldn’t hold back his tears while making a farewell speech.

Somewhere between greeting the assembly and thanking them for their support and work all these years, Baghel stopped for a brief moment, took off his glasses and sobbed a bit.

Reportedly, it was Baghel himself who had asked party president Rahul Gandhi to divest him of responsibilities as the Chhattisgarh Pradesh Congress Committee chief after the drubbing they suffered in the 2019 Lok Sabha elections. Congress came to power in Chhattisgarh by winning 67 out of 90 seats in the 2018 Assembly elections. However, it won only two out of 11 seats in the recently concluded Lok Sabha elections.

The release said that the party appreciated the contribution of outgoing President of Chhattisgarh Pradesh Congress Committee (PCC) Bhupesh Baghel.