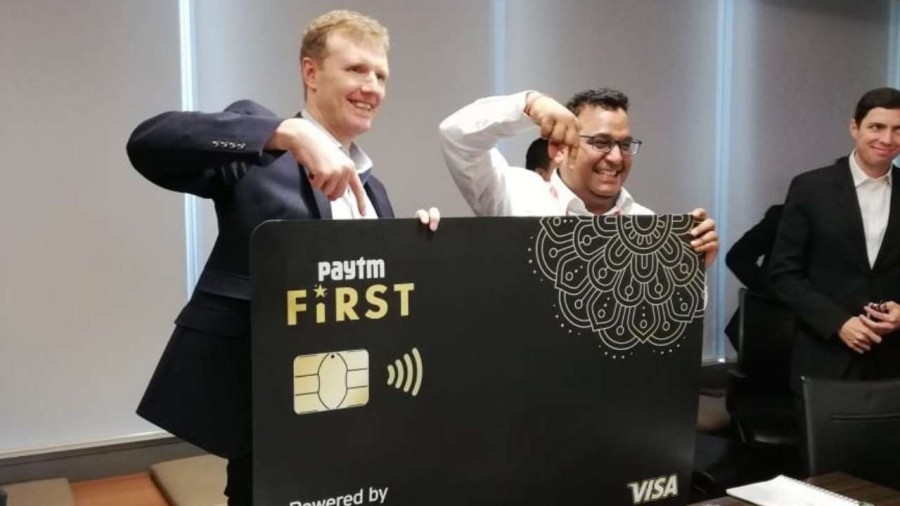 American lender Citi has tied up with Paytm to launch a co-branded credit card with a slew of incentives.

Citi is already one of the largest credit card issuers in India with over 2.7 million cards in March 2019, while Paytm with interests in e-wallets and e-commerce has 300 million users.

"Within that population (of 300 million), even if we take one per cent of that population (for the card), that is 3 million customers. We think there is tremendous potential for growth of this partnership," Citi's Chief Executive (Global Consumer Banking) Stephen Bird told reportes.

Paytm Chairman and CEO Vijay Shekhar Sharma declined to spell out a formal target which the partners are aiming for with the new offering.Both the partners have jointly developed a tool through which Paytm will be able to identify a potential base of customers who will be interested for a card and also meet credit requirements for the unsecured product.

Getting new credit customers will also be a focus of the initiative.

Sharma said currently, up to 25 million customers have credit cards currently and guessed a similar number may be potentially interested in one.

Users will be charged a fee of Rs 500 per year for the card and both the partners have a revenue share agreement at the back-end through which the pie will be divided.

Generally, credit card companies earn from the merchant discount rate for transactions, interest payments for later payments and also the fees.Sharma said the card will come with a minimum monthly limit of Rs 1 lakh and users will be given a one per cent cashback for every transaction carried out through the card through in their monthly credit card bills itself.

Usage of over Rs 50,000 at merchant ends will help a customer with a waiver of the annual fees.

While the partners have done away with reward points by opting for the cashback for every transaction, other benefits of a credit cards will remain.

The partners have chosen American company Visa as its processing partner, which is interesting considering that Sharma has a big votary of the home-grown alternative RuPay.