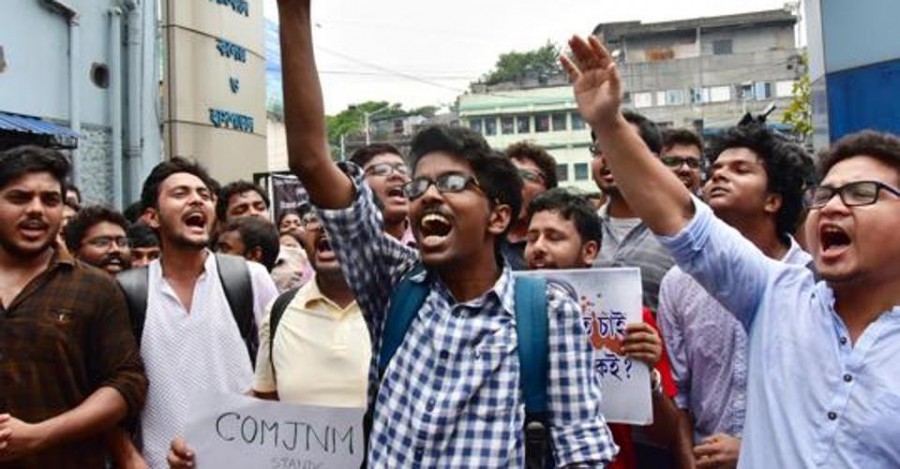 Striking junior doctors turned down Chief Minister Mamata Banerjee’s invitation for a meeting at the state secretariat, which was called to resolved the impasse, and continued their protest for the fifth consecutive day on Saturday.

The doctors, who are protesting against the assault on two of their colleagues at NRS Medical College and Hospital, had on Friday sought unconditional apology from Banerjee and set six conditions for the state government in order to withdraw their stir.

“We are not going to the secretariat upon the invitation of the chief minister for the meeting. She will have to come to the Nil Ratan Sircar Medical College and Hospital and deliver an unconditional apology for her comments made during her visit to the SSKM Hospital on Thursday,” Arindam Dutta, spokesperson of the joint forum of junior doctors, told PTI.

“If she can go to the SSKM she can also come to the NRS... or else this agitation will go on,” Dutta said.

Banerjee, who visited the state-run SSKM Hospital on Thursday amid slogans of “we want justice”, had contended that outsiders were creating disturbances in the medical colleges and the ongoing agitation is a conspiracy by the CPI(M) and the BJP.