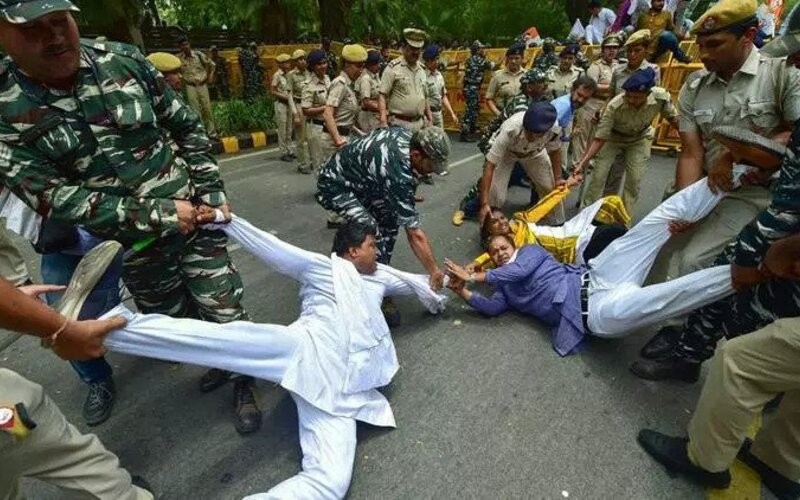 Several Youth Congress activists, protesting the death of over 150 children in Bihar due to Acute Encephalitis Syndrome (AES), were detained by the police on Thursday, officials said.

The police detained the activists, including the president of the outfit near the residence of Union Health Minister Harsh Vardhan.

The protesters assembled near the Health minister’s residence on Tees January Marg but were detained when they tried to move ahead and cross the police barricade, they added.

The protest led by Yadav was attended by scores of IYC Bihar unit leaders and members.

“The government has acted insensitively towards the death of a large number of children due to AES in Bihar. Harsh Vardhan should resign taking moral responsibility for it,” said IYC national spokesperson Amrish Ranjan Pandey.

Acute encephalitis syndrome claimed one more life in Muzaffarpur on Wednesday, raising the toll in the north Bihar district, the worst affected by the outbreak, to 132, while the total number of casualties across the state was 154, officials said.

According to figures released by the Muzaffarpur district administration, no fresh case of AES or any casualty caused thereof has been reported from government-run SKMCH hospital which, with 436 registered cases and 111 deaths since the beginning of this month, has been dealing with the worst of the outbreak.