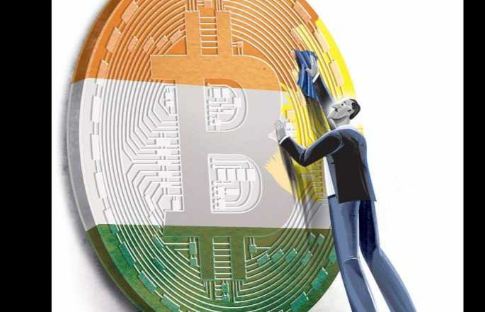 The reason? Regulatory uncertainty and disruption, primarily arising from the rather hostile treatment that cryptocurrencies have received from the Indian financial regulators. “Since we began operations in August 2017, we at Koinex have always aimed to do our best to provide blockchain enthusiasts in India with the highest standard of service in the trading of digital assets. However, over the past 14 months it has become extremely difficult to operate a digital assets exchange business in India. After months of uncertainty and disruption, we have regretfully decided to shut down all exchange services and operations from June 27, 2019,” the exchange said in a post on its website. The deadline for withdrawing all digital assets from the exchange is 9 pm on July 15.

Following this virtual RBI ban, the crypto-space in India has been roiled with reports of further regulatory tightening and indications that the Indian regulator was not keen on promoting the technology. For instance, cryptocurrency companies are specifically barred from the RBI’s recently announced ‘Regulatory Sandbox’ which is aimed at fostering financial technology innovation.

Reports on a draft bill — Banning of Cryptocurrency and Regulation of Official Digital Currency Bill, 2019 — also made investors in the country jittery with a possible 10-year jail term proposed in the draft bill for dealing with cryptocurrency.

These developments saw a distinct impact on the traction that cryptocurrency exchanges saw in the India, while also making operations difficult due to the constant regulatory flux. “We took on immense financial burden to continue trading of digital assets and allow law-abiding Indians to participate in the decentralised revolution that has swept across the globe,” said Koinex’s CEO Rahul Raj in a blog. “We have stayed away from disclosing details to the public in the larger interest of mindfully steering the industry towards positive regulations, but unfortunately we’re not too hopeful that things will change for the better in the near future,” he added.

According to Raj, the exchange has been “consistently been facing denials in payment services from payment gateways, bank account closures and blocking of transactions for trading of digital assets”. The company also alleged that even non-crypto transactions like payment of salary, rent and purchase of equipment, our team members, service providers and vendors have had to answer questions from their respective banks due to an association with a digital assets exchange operator.

The final nail in Koinex’s coffin seems to have been reports of a jail term proposed in the draft bill, which Raj said “has created enough FUD in the Indian crypto trading community to result into a sharp decline in trading volumes and instil a clear discomfort for all the law-abiding citizens of this great nation”. While Koinex has now shut shop in India, it, however, has its exchange up and running in Australia, where cryptocurrencies are considered legal tenders and treated as property.

India’s regulators have, over the past few months, come out with a series of policies that have made operating cryptocurrency-related businesses extremely difficult in the Indian market. Last year, for instance, the Reserve Bank of India (RBI) banned all regulated financial entities including banks and NBFCs from dealing in cryptocurrencies

The virtual ban, according to cryptocurrency exchanges, have crippled their and their customers’ ability to transact freely in the country. The RBI has also specifically excluded cryptocurrency firms from its regulatory sandbox scheme

A draft bill on banning cryptocurrenices has proposed a 10-year jail term for dealing in the virtual currencies, which was one of the triggers for Koinex’s shutting down