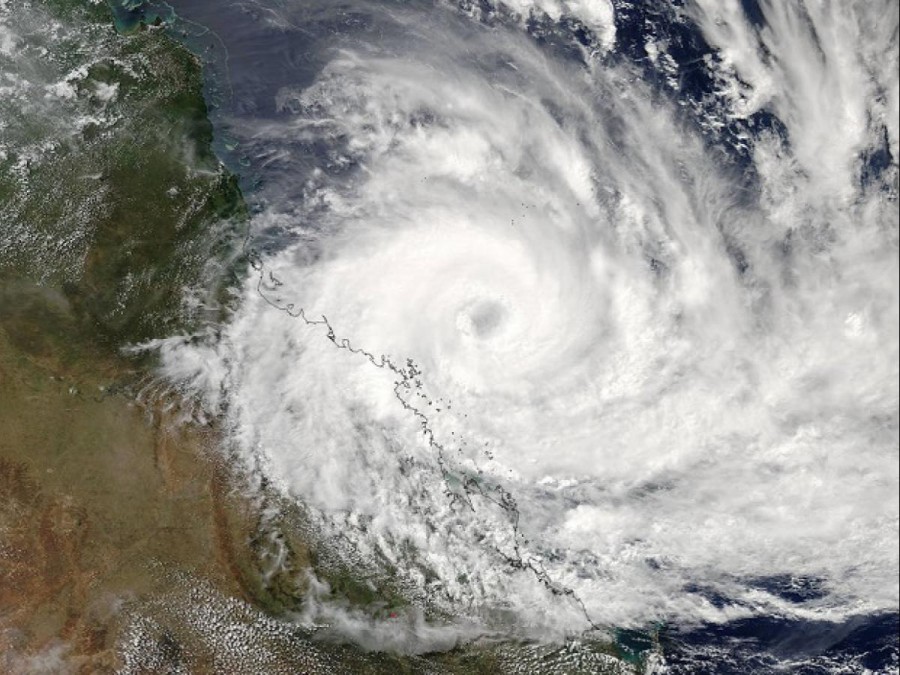 Indian Navy has been put on high alert along the Bay of Bengal coast. Naval ships have been positioned in Visakhapatnam and Chennai to rush to affected areas in need of rescuing. The Navy has also prepared to undertake Humanitarian Aid Distress Relief (HADR), evacuation and logistic support including providing medical aid.

The severe cyclonic storm Fani, that is all set to turn into a very severe storm over Southeast and adjoining Southwest Bay of Bengal, moved northwestwards at 13 kmph speed in the past six hours and at 2:30 am it was situated about 640 km east-northeast of Trincomalee in Sri Lanka, 710 km east-southeast of Chennai and 810 km southeast of Machilipatnam in Andhra Pradesh.

The cyclonic storm may even grow to become an extremely severe cyclone by Wednesday. The government has also put the National Disaster Response Force (NDRF) and the Indian Coast Guard on high alert.

In its 9 pm bulletin on Monday, the Cyclone Warning Division of the IMD said the storm currently lays about 620 km east-northeast of the rincomalee in Sri Lanka, 770 km east-southeast of Chennai and 900 km south-southeast of Machilipatnam.

It has since moved closer to the Bay of Bengal coast.

The National Crisis Management Committee (NCMC), the country's top body to deal with emergency situation, on Monday took stock of the situation arising out of cyclone 'Fani' and assured the state governments concerned of all assistance from the central government to face the storm.

The NDRF and the Indian Coast Guard have been put on high alert and the fishermen have been asked not to venture into the sea as yclone 'Fani' is expected to intensify into a 'very severe storm' by Tuesday, the Home Ministry said on Monday.

Light to moderate rainfall is expected at many places. Downpour at isolated places is also very likely to start over coastal districts of West Bengal from Friday, the IMD said.

Senior officers from the central ministries and agencies concerned also attended the meeting.

The NDRF and the Indian Coast Guard are coordinating with the state governments. The home ministry has assured the state governments to release in advance the first instalment of the State Disaster Response Fund (SDRF), as per their request, a Home Ministry statement said.

During the meeting, officers of all the state governments concerned confirmed their full preparedness to deal with any emerging situation arising out of the cyclonic storm.

Further, the state government highlighted that there is a seasonal ban on fishing in sea up to June 14 due to breeding season.

The state governments were advised to effectively enforce this ban

According to the IMD, the cyclone's landfall over Tamil Nadu and Andhra Pradesh is ruled out. However, the possibility of landfall in Odisha is under continuous watch.

Regular warnings have been issued since April 25 to fishermen not to venture into the sea and asking those at sea to return to the coast.

The IMD has been issuing three hourly bulletins with latest forecast to all the states concerned. The Home Ministry is also in continuous touch with the state governments and the central agencies concerned, the statement said.

The NCMC meeting followed directions from Prime Minister Narendra Modi, who is closely monitoring the situation. The NCMC will meet again on Tuesday to take stock of the situation