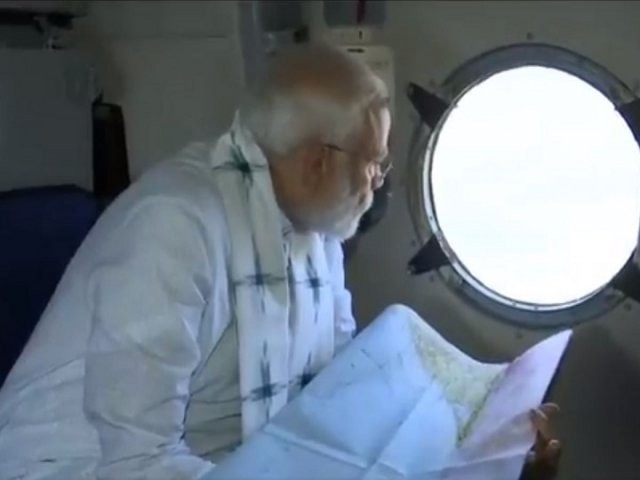 Prime Minister Narendra Modi on Monday announced an aid of Rs 1000 crore, in addition to 381 crore assistance announced earlier, for Odisha after he conducted an aerial survey in the state to assess the loss and destruction caused by the deadly cyclone Fani.

Lauding the administration of the state, PM said that communication was very good between state and Central Government. He also praised Odisha CM Naveen Patnaik and said: "Odisha CM acted with diligence and discharged his duties to the best of abilities during the calamity.

"I was also monitoring. The way people of Odisha complied with every instruction of Government is praiseworthy"he was quoted saying by the agency.

He is scheduled to hold three rallies later in West Bengal and Jharkhand.

After landing he immediately proceeded towards his chopper to carry out the survey of the areas hit by cyclone Fani including the worst-hit district Puri.

The prime minister had on Sunday tweeted, "Will be in Odisha tomorrow morning, where I will review the situation due to Cyclone Fani and hold meetings with top officials. The Centre is committed to provide all possible assistance in relief and rehabilitation measures underway."

The PM also spoke to the chief minister on Saturday and discussed the situation in the aftermath of Fani, assuring continuous support from the Centre.

Cyclone Fani, which is one of the strongest calamities which lashed Odisha on Friday with gusty winds and heavy rain, left three dead and over 160 injured.