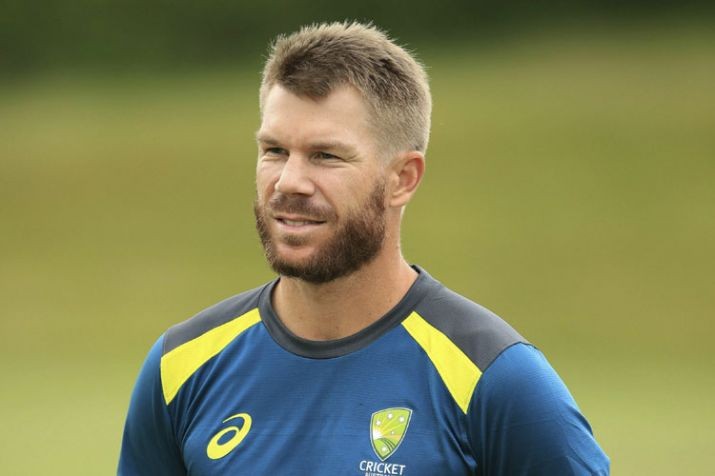 For more than a year the overwhelming emphasis of news about David Warner revolved around him not playing for Australia.

After such a relentless focus on his time in the international cricket wilderness, Warner wasn't likely to let something as mundane as muscle soreness prevent him from returning for Australia's opening World Cup match against Afghanistan.

Captain Aaron Finch has confirmed Warner is fit for Saturday's game in Bristol, and that means the opening combination that helped carry Australia to victory in the 2015 Cricket World Cup will reunite to kick off the title defense.

"David is fine," Finch told a news conference on Friday, dispelling any concern about Warner's upper leg strain. "He will play no doubt about that."

Finch was elevated to lead the Australia one-day international squad after Warner and ex-captain Steve Smith were each banned for 12 months for their parts in a ball-tampering scandal in March last year.

The ex-captain and vice-captain accepted the harshest bans ever meted out for the offense — Warner reportedly for helping devise the clumsy scheme that involved his teammate Cameron Bancroft scratching the leather ball with sandpaper; Smith for not doing enough to stop it — so that they'd have a chance to again represent Australia.

They've both been reintegrated into the squad and scored runs in a string of unofficial warmup games. Now for the real deal, albeit starting against the lowest-ranked and least experienced team in the tournament.

Their return likely means Usman Khawaja, who was promoted to open with Finch in Warner's absence and was pivotal in helping turn around Australia's ODI fortunes in recent series wins against India and Pakistan, bats at No. 3. Smith, who was the premier batsman in test cricket before his suspension, should slot in at No. 4. Shaun Marsh is also in top-order calculations.

"Dave and I have had a great partnership over the years. That was a pretty key part of our 2015 World Cup win," Finch said when asked about the batting order. "Whichever way we decided to go with that, it didn't faze me.

"We've got some great options there and we'll sit down this afternoon and nut that out."

Now a team that until a few months ago was struggling to put together consecutive wins is comparatively spoilt for choice, leaving a decision on the starting XI until game day.

The bowling attack will likely be led by Mitchell Starc, who won the award for player of the 2015 World Cup, and Pat Cummins. Adam Zampa is almost certain to start, and there's speculation he could even bowl at the start of the innings after the early success of South Africa legspinner Imran Tahir against England in the opening match on Thursday.