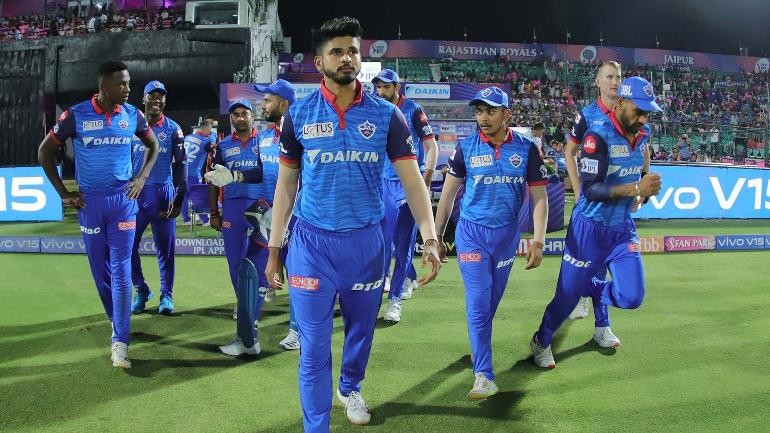 Delhi Capitals have been struggling at home, winning only three of their six matches at the Feroz Shah Kotla so far. Captain Shreyas Iyer says the pitch can't be blamed for their ordinary performances at home. Nonetheless, with a strong away showing, Delhi have already qualified and have 16 points from 13 matches. A win will help them keep their chances of finishing in the top two alive.

"It's an important game for us, we need to have a mindset of playing every game as a knock-out match, we are in a good mood as a team. Our batsmen love to bat on good bouncy wickets, this been a slow wicket - we didn't expect it, but we can't blame the wickets for our poor show here."Ajinkya Rahane, who has returned as skipper, says he is keen on helping Rajasthan Royals clinch two points. A win will keep them in the hunt for the playoffs spot but a defeat will see them knocked out.

"We will bat first. The wicket looks dry, not sure how it will play, might get slower and slower, will look to put the runs on the board. For me, the team comes first, I respect their decisions, it's a great challenge and it's important to play well and win," Rahane said at the toss.Delhi Capitals: Prithvi Shaw, Shikhar Dhawan, Shreyas Iyer(c), Rishabh Pant(w), Colin Ingram, Sherfane Rutherford, Keemo Paul, Axar Patel, Amit Mishra, Ishant Sharma, Trent Boult

On the other hand, Delhi Capitals have dropped Suchith, their left-arm spinner, to accommodate Ishant Sharma. Keemo Paul replaces Chris Morris as well.Rajasthan Royals have won the toss and Ajinkya Rahane, who has replaced Steve Smith, opts to bat against Delhi Capitals.Former England off-spinner, at the pitch report, says there's not a blade of grass on the pitch and it should take turn. Score 160 and win the match, says Swann.

"There isn't a blade of grass, absolutely bone dry. It's quite hard, but there shouldn't be a lot of bounce. Bowl straight lines, it should turn, it's very hot and a score around 160 should be competitive. A bat-first wicket," Swann said.Delhi Capitals suffered a massive blow on Friday as their premier fast bowler Kagiso Rabada is ruled out for the rest of the season with a back injury.

Kagiso Rabada has been called back home by Cricket South Africa for precautionary reasons ahead of the 2019 World Cup, which begins on May 30 with the tournament-opener between South Africa and hosts England.

Rabada, who is the leading wicket-taker in the IPL this season with 25 wickets, had missed Delhi's last match against Chennai Super Kings which they lost by 80 runs at the Chepauk on Wednesday.Delhi Capitals return to the Feroz Shah Kotla to play their final group game of the 12th edition of the Indian Premier League in what has been a terrific season for them.

Having already qualified for the playoffs, the last game against Rajasthan Royals will be all about winning and sealing one of the top two spots in the points table. A top two finish allows teams the leeway of getting an extra chance to stay alive in the tournament.

For Rajasthan, it will be all about winning their last group game and keeping hopes alive of qualifying for the playoffs. The rain affected game against Royal Challengers Bangalore didn't help their case as they had to share a point. But what has been done cannot be undone and the Royals will look to move forward and stamp their authority over DC.

While Delhi have had a terrible outing against Chennai Super Kings at the Chepauk Stadium in their last game, losing by 80 runs, Royals too will note that they will miss the services of skipper Steve Smith. Smith has headed back to Australia to join the rest of the teammates to prepare for the upcoming World Cup in England and Wales.Hello and welcome to our live coverage of Indian Premier League 2019 Match 53 between Delhi Capitals and Rajasthan Royals from Feroz Shah Kotla.