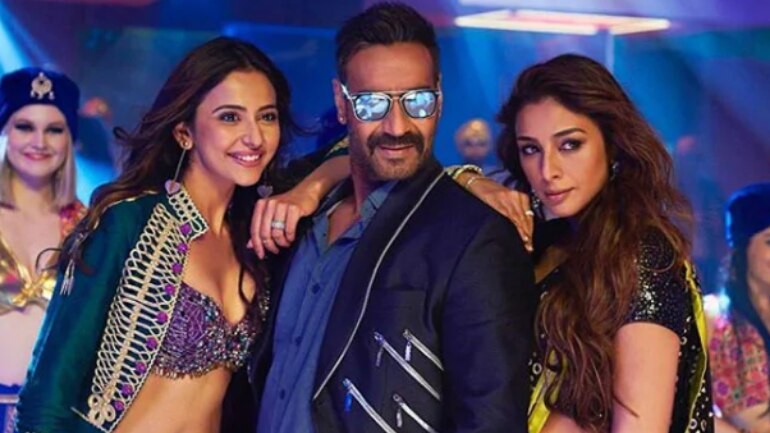 Ajay Devgn, Rakul Preet Singh and Tabu starrer De De Pyaar De is going strong at the box office. The film is expected to score big on Day 3 with an anticipated collection of Rs 14 crore.After a dull start on Friday (April 17), De De Pyaar De saw 40% jump in its collection on Saturday, compared to its Day 1 collection. On Day 2, the film collected Rs 13.39 crore.

The film is doing well in metros and the business is picking up is tier-2 cities.

According to trade analysts, strong word-of-mouth and good performances by the actors attracted audiences to the theatres. Though the film got a mixed response from the critics, Tabu was unanimously applauded for her performance in the film.

De De Pyaar De faced a major setback when it got leaked on piracy website TamilRockers. It is expected that the film's business will be affected by the recent leak.

India Today critic Charu Thakur gave De De Pyaar De a rating of 2 stars out of 5. "After a painstakingly predictable first half, the film picks up steam post intermission with Tabu and Jimmy Sheirgill playing the real show stealers in this otherwise average film. Ajay Devgn, who is not new to the comedy genre, fits the bill of the 50-year-old man in love with a girl half his age. Rakul Preet, on the other hand, is a pure distraction as she fails to lend any depth to her character," she wrote.