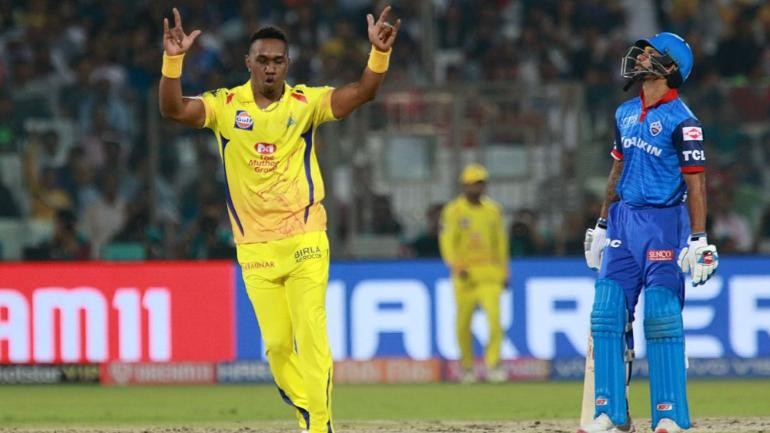 Delhi Capitals (DC) made history on Wednesday when they won their maiden playoff match in the Indian Premier League by beating Sunrisers Hyderabad (SRH) in the Eliminator. They will now face 3-time winners and defending champions Chennai Super Kings (CSK) in Qualifier 2 on May 10. While many have attributed Delhi's success to their long-time investment in younger players, when you look closely, one can't help but notice that Delhi's outstanding season has been marred by a number of batting collapses.

During the Eliminator against SRH, at the start of the 19th over with just 12 needed with 5 wickets in hand, DC lost 3 wickets for just 10 runs thereby turning the match into a last-over thriller. It was a miracle that Delhi still went on to win that match and it's been the case with many other matches this season.

Delhi have now had 8 collapses - instances of a team losing 3 or more wickets for less than 15 runs - in IPL 2019. That's way too many collapses for a single team, let alone a single season.

Helped by Prithvi Shaw's scintillating half-century, DC were coasting along nicely at 170/2 in the 18th over chasing 186. But when Kuldeep Yadav returned to take the wicket of Rishabh Pant, a procession of the Delhi batsmen started which only came to halt as we were witness to the 1st Super Over of the season. Though Delhi managed to scrape through, thanks to Kagiso Rabada's heroics with the ball, the ending seemed a sign of things to come for DC as they tried to turn their fortunes around.

All of Delhi's worst fears from their Eden scare came to life as they disintegrated from 144/3 to 152-all out in one of the most stunning collapses in recent memory. It didn't help Delhi's cause that KXIP all-rounder Sam Curran blew away DC's tail with 4 wickets in 5 balls including a hat-trick to seal Delhi's fate - a loss by 14 runs.

At 120/2 in the 16th over, Delhi were looking set to post a 160-170 total. But Dwayne Bravo's 3 quick wickets prompted the hosts to their first collapse of the season wherein they lost 4 wickets while adding just 7 runs. In the end, DC finished with 147/6 - a below-par total - that was easily chased by MS Dhoni and Co.

As if one collapse per match was not enough, against MI in Delhi, DC showed that they can go even one step further. While DC had prevailed in the 1st clash between two teams in Mumbai, MI exacted sweet revenge when their engine room - Lasith Malinga and Jasprit Bumrah - choked the DC chase in a matter of a few balls. First Deepak Chahar and Krunal Pandya combined to send the entire top-order tumbling from 49/0 to 76/5 and then Bumrah and Malinga triggered another collapse which led Delhi from 107/5 to 125/9, effectively ending DC's agony.

A collapse in every other match? Check. Two collapses in a single match? Check. Could Delhi still top this? Yes. By collapsing against CSK 'again' but this time 'multiple times'. Inarguably, in their most comprehensive defeat in IPL 2019, DC couldn't even cross 100 and were shot out for 99 while being 52/1 in the 6th over chasing 180. On a pitch assisting spinners, CSK's Imran Tahir, Harbhajan Singh and Ravindra Jadeja spun a web around the free-flowing DC batting as they fell like dominos, one after the other.

The biggest worry for DC when you look at the numbers above is that 2 of their worst collapses in IPL 2019 have come up against Dhoni's CSK - the same side they are up against in the 2nd Qualifier. If DC batsmen continue in their merry ways, the joy from winning their 1st IPL knock-out match could be quite shortlived.

Possibly, the youthful exuberance that Delhi boast of has a flip side too and it is the same side that has been on display during such collapses. The DC top-order comprising of Shaw, Pant, Shikhar Dhawan and Shreyas Iyer has been amongst the runs this season with an astonishing 1751 runs between them in IPL 2019. But what they have in abundance - innovation and intent - has also at times proved to be the problem.

All the four batsmen have been found getting dismissed attempting a rash shot or two on different occasions of the tournament. While Pant has copped a fair amount of criticism for his inability to finish games, the others have not been found to be particularly intent on playing the long innings as well.

To be fair to DC, they do seem to be learning from their mistakes though. The way Pant has tried to shepherd the innings after his initial failures has been a welcome sight. Prithvi Shaw who missed out on his maiden IPL ton earlier this season needs to come up with more such performances. The likes of Colin Ingram, Colin Munro and Shreyas Iyer have also scored when mattered but against a side like CSK, they all need to be at the top of their game. Because, going by the experience that CSK have, they wouldn't miss a single chance to exploit Delhi's biggest weakness this season - finding ways to collapse.